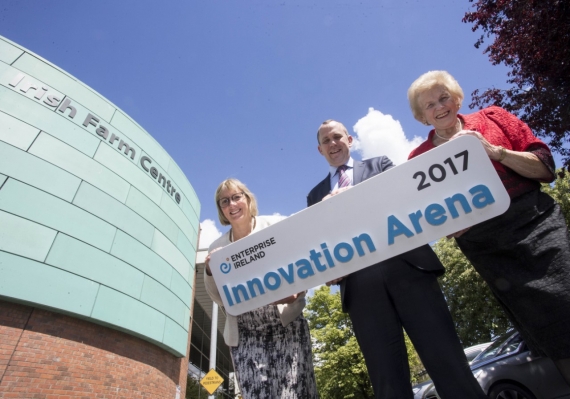 The National Ploughing Championships Innovation Arena Awards, in conjunction with Enterprise Ireland and the Irish Farmers Journal, has opened for applications.

Irish agri companies are invited to showcase their products and innovations at the heart of the NPA Innovation Arena at the National Ploughing Championships in Screggan, Tullamore, Co. Offaly, 19-21 September 2017.

Innovation Awards winners will be announced across a range of categories including ‘Agri Engineering’ and ‘Agricultural Technology’. The overall start-up winner will be eligible to win up to €5,000 cash prize.

This year’s Arena will focus on putting Irish agri-innovations on a world stage and will include seminars on Brexit, Agri-Careers and Global Markets as well as facilitating networking opportunities.

The 2017 NPA Innovation Arena prize fund equates to over €80,000 in supports - up €15,000 when compared to last year’s competition.  The overall award winner will receive a top prize worth €15,000 from Enterprise Ireland and The Irish Farmers Journal which includes advertising and PR support, mentoring and a cash prize of €5,000.

All finalists will receive an advertising voucher to promote their innovation through the Irish Farmers Journal and a subsidised stand in the Innovation Arena for 2017. The final participants for the 2017 Innovation Arena will be selected on 22 August.

Commenting on the initative, CEO of Enterprise Ireland, Julie Sinnamon said, "The agri sector is of huge importance to the Irish economy and a key role of Enterprise Ireland is to help companies in the sector scale-up. The Innovation Arena at the National Ploughing Championships is a key event for Enterprise Ireland where we showcase the top Irish agri-innovations to international buyers."

She added, "This year, we will launch a new initiative that will see an ‘Innovation Boot Camp’ held on August 22 at the Irish Farmers Journal demonstration farm in Tullamore. This Boot Camp will deliver advice, mentoring, and support for innovators in the agri sector and we look forward to seeing the next wave of Irish agri companies coming to the fore." 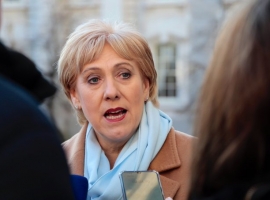