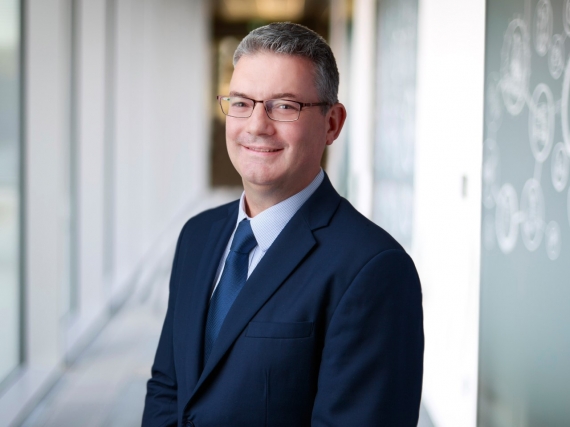 Kerry Group warned on Tuesday that its China revenue would fall 30% in the first quarter due to the coronavirus outbreak, but said it hopes to return its five Chinese factories to full capacity within weeks.

The first quarter slowdown in China will cut annual global revenues by 0.5% in Kerry's core Taste & Nutrition unit, which contributed over 80% of the group's global revenues of 7.2 billion euros in 2019, Chief Executive Officer Edmond Scanlon said.

That is the equivalent to a cut in earnings per share growth of around 1 percentage point, he said.

Once the impact of coronavirus is taken into account, Kerry expects to achieve adjusted earnings per share growth in 2020 of 5% to 9% on a constant currency basis in 2020, compared to 8.3% for 2019, Kerry said in its annual financial results release.

Investors reacted positively to the full-year outlook, and Kerry's shares were up 6% at 124.2 euros at 1440 GMT.

Kerry's five manufacturing facilities in China, which account for around 5% of global revenues, are working at around 30% capacity with a skeleton staff due to restrictions on travel and movement of people, Scanlon said.

"The limiting factor at the moment is people," he said, noting restrictions on movement of people were keeping staff from their workplaces - including restrictions on staff returning from travel during the Chinese New Year holidays.

Asked when they were likely to return to full capacity, he said "I would say over the coming weeks."

The hit to revenues is primarily down to a fall in demand from Chinese consumers, Scanlon said. "The demand is just not there."

The group was not seeing any impact from the virus on demand outside of China, he said.

Asked if there was likely to be a bounce in revenue once restrictions related to the virus are lifted, Scanlon said it was "probably a little bit too early to say."

Davy Stockbrokers said there were signs of "strengthening momentum" in the results, which were in line with its forecasts. (Reuters)