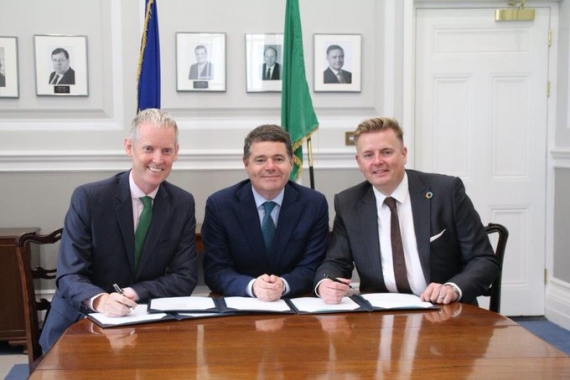 Following agreement for EUR 569 million of new financing already this year the EIB Group is expected to provide significant new financing for projects across Ireland in 2019 to support public and private investment with a range of existing and new clients. EIB engagement this year already exceeds activity in 2018 during the same period.

Today’s announcement of a €23.5 Million loan to Cubic Telecom marked the most recent support by the EIB to fast growing innovative companies in Ireland. The EIB Group is expanding its lending to Irish business and is looking at ways to expand equity and growth financing.

European Investment Bank Vice President responsible for lending operations in Ireland, Andrew McDowell added, "Regular discussions with Ministers and continual engagement with public and private partners across Ireland is crucial to enhance the impact of EIB operations in Ireland and ensure that the EIB can help tackle investment challenges concerning climate, Brexit and innovation. Agreement of the first ever EIB loan for Cubic Telecom will accelerate commercialisation and technological development by a leading global provider of vehicle connectivity."