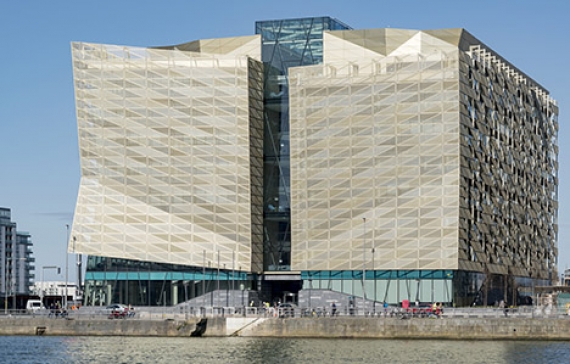 Ireland's central bank said on Friday the shock to the Irish economy from the coronavirus pandemic could be greater than in any year of the financial crisis that brought the country to the brink of bankruptcy a decade ago.

Unable to make a conventional forecast without knowing how long the crisis will last, or the economic toll it will take, the bank estimated that gross domestic product could fall by 8.3% in 2020 if current containment measures last three months.

Ireland, whose economy grew by 5.5% last year, ordered its citizens a week ago to stay home until at least April 12 to slow the spread of the virus after a gradual ramping up of restrictions from mid-March.

The bank expects the jobless rate to soar to around 25% in the second quarter, from 4.8% at the start of the pandemic. The rate could fall back to 12.6% by the end of the year, Central Bank Director of Economics Mark Cassidy said.

A surge in people seeking some form of welfare income support since the introduction of measures to limit the spread of the virus has left the state supporting 513,350 people, or a fifth of the labor force, data showed on Thursday.

The situation could be worse if the public health situation does not improve quickly over the coming months, with added risks including firms being forced to close during containment, the extent of permanent job losses or permanent income cuts and changes to consumer behavior as the pandemic eases.

"If they are in place for longer than that (three months), the economic effect will be worse. The longer firms are closed down, the more difficult it is for the firms that are struggling, to survive," Cassidy told a conference call.

"Even if we get a grip on the pandemic within the time period that we are assuming, there is a lot of uncertainty about the longer-term degree of scarring or more persistent effects."

Separate research on Friday by Ireland's biggest property website Daft.ie showed the number of homes listed for sale in the last two weeks of March fell suddenly to half the level a year ago, although there was little sign of any price effect. (Reuters)