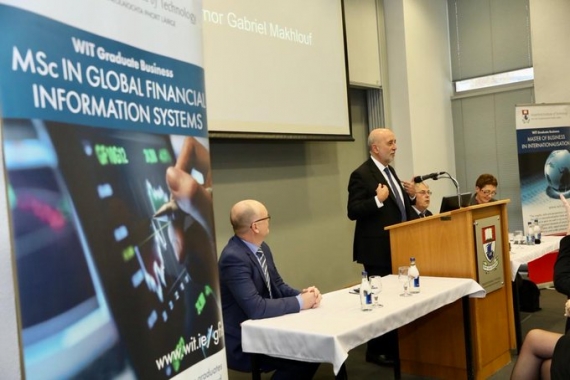 In his first keynote speech since being appointed Governor of the Central Bank of Ireland, Gabriel Makhlouf set out the key challenges, risks and transitions which Ireland faces.

Speaking to students and staff at the Waterford Institute of Technology, and the Chamber of Commerce, Governor Makhlouf highlighted the vulnerability of the Irish economy, particularly in the context of Brexit and the risk of escalating trade wars.

While acknowledging the substantial improvements in resilience made over the last decade, citing reductions in public and private sector indebtedness.He identified four key transitions which pose challenges to the Irish people - Brexit, Climate change, the pace of technological change and the profound changes which are taking place in the financial system.

Furthermore, Makhlouf noted that mortgage measures are a permanent feature of the mortgage market and have been key to enabling sustainable lending.

Speaking today, Makhlouf said, "Building economic resilience is not like building a bulwark and then assuming the job is done. There is no one-off solution to the challenge of building resilience. It is a continuous process, involving individuals, households, businesses, institutions and authorities, such as the Central Bank, both at home and abroad."