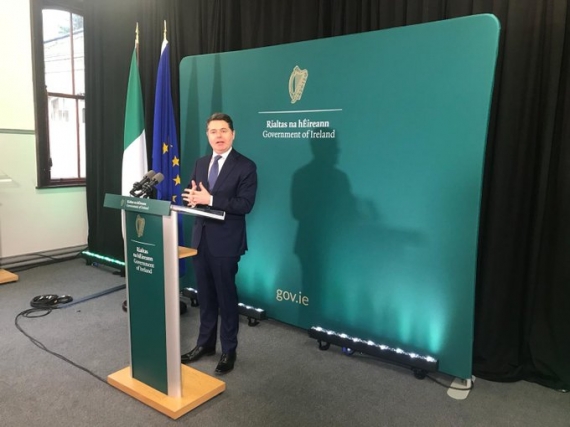 Greater clarity on Brexit allowed Ireland to increase economic growth forecasts for this year and next on Thursday, as it also estimated for the first time how changes to global tax rules could leave it 2 billion euros worse off by 2025.

Ireland framed its budget in early October assuming Britain would leave the European Union without a deal, a shock that was forecast to push state finances into deficit and cut gross domestic product (GDP) growth from 5.5% in 2019 to just 0.7% in 2020.

The finance ministry now expects that GDP will have grown by 6.3% last year, and will grow by 3.9% this year and 3.0% in 2021, also a slight increase on October's forecasts.

The new estimates are predicated on an EU-Britain free-trade deal that mirrors existing arrangements, or an extension of the transition period that runs out at the end of 2020.

Finance Minister Paschal Donohoe had flagged in November that GDP in the EU's fastest growing economy was set to grow by over 3% this year after Britain agreed a divorce deal with the EU 10 days after he presented his cautious budget.

He has also indicated that soaring corporate tax receipts, mainly collected from Ireland's large cluster of multinational firms, are set to fall as new global rules are introduced on how and where big internet companies pay tax.

On Thursday, Donohoe said that, while there was some uncertainty on the figures, his department expects corporate tax receipts to fall by an annual increment of 500 million euros a year from 2022, reaching an annual 2 billion euros lost by 2025.

Having more than doubled since 2012, tax collected from businesses hit a fresh record high of 10.9 billion euros last year and is expected to increase again this year. It now represents almost one-fifth of the overall tax take.

The finance department still expects total tax receipts to increase by over 3% per year from 2022 to 2025, notwithstanding the slip in company returns, its forecasts showed.

The improved outlook is also set to help Ireland boost its budget in the coming years, with surpluses of 0.7% and 1% of GDP now pencilled in for 2020 and 2021.

"Changes to international taxation are on the way: We have no control over this and we must prepare. This is why we need surpluses," Donohoe said in a statement. (Reuters) 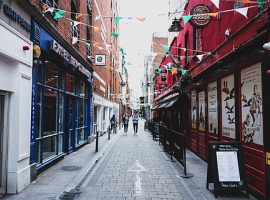