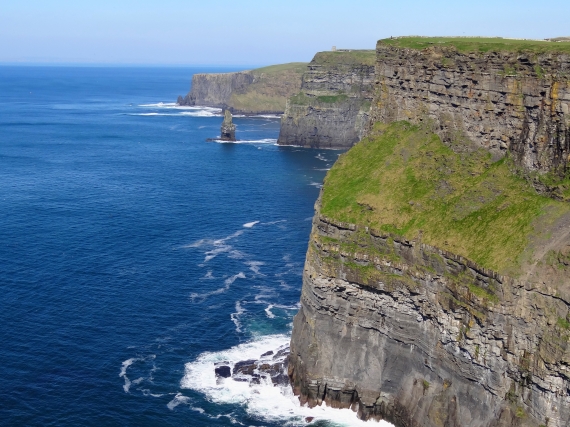 A "small number" of Irish firms are likely to see their credit ratings cut if Britain leaves the European Union without a transition deal but there could be a no deal silver lining for the country's services sectors, S&P Global said on Thursday.

With close trading links to Britain, Ireland's export-focused economy is considered the most vulnerable of the remaining 27 EU members to a disruptive exit by its nearest neighbour

S&P said in a new report that the agricultural sector would be hardest hit by a no-deal Brexit but banks were unlikely to see many "near-term" rating moves and it did not expect to downgrade the country's sovereign rating.

"What's clear today is that the Irish economy is booming," S&P credit analyst Frank Gill told reporters, citing the highest level of net immigration in a decade and a recent return to a government budget surplus as key positives for the EU's fastest growing economy.

"Certainly our base case is that a no deal does not move the needle on the sovereign given all the other credit strengths," he added, while acknowledging that sectors such as agriculture and food processing faced enormous uncertainties.

S&P, which rates more than 50 firms in Ireland, has rated Irish sovereign debt as A+ with a stable outlook since June 2015.

It said it still expected the UK to reach a deal with the EU but that the risks that it doesn't were rising. A no-deal Brexit would increase pressure on Irish issuers with rating actions envisaged for a small number whose rating performance is already "somewhat challenged."

While some larger agricultural firms have the flexibility, scale and contingency plans to withstand any disruption, smaller companies without the ability to diversify away from the UK market will struggle, S&P's Patrick Drury Byrne added.

However, S&P said that by focusing primarily on vulnerable indigenous exporters, most economists sidestepped the question of what Brexit means for the current boom in Ireland's dominant services sector.

S&P, which was itself officially opening its new European headquarters in Dublin, said the pace of services employment growth was likely to survive a no-deal Brexit and even accelerate in some of Ireland's largest sectors, including financial services, in the event of a no-deal outcome.

"We believe that the silver lining for Ireland - in the medium term - could be its ultimately positive effect on the labour-intensive services sectors," the report said. (Reuters)