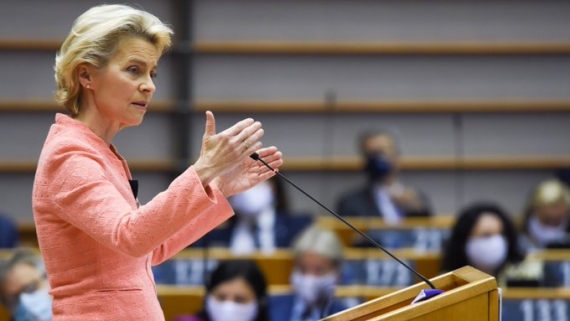 The European Union said on Friday it was continuing to work for a new Brexit accord, dismissing British Prime Minister Boris Johnson's no-deal rhetoric as hot air as stakes rise in the troubled trade talks ahead of a year-end deadline.

Johnson said earlier on Friday it was time to prepare for a rupture in trade at the end of the year, accusing the 27-nation EU of refusing to negotiate seriously.

"The EU continues to work for a deal, but not at any price," European Commission President Ursula von der Leyen said around an hour after Johnson's comments, which sent sterling lower.

"As planned, our negotiation team will go to London next week to intensify these negotiations," she said on Twitter.

Charles Michel, who chairs EU leaders' summits, echoed her remarks as two days of face-to-face talks among the bloc's national leaders concluded in Brussels on Friday.

"We are totally united, totally determined to work to make an agreement possible -- but not at any cost," he said. "I hope it will be possible to make progress in the future."

"The level playing field, fisheries and governance are very important topics for the EU," Michel told reporters, stressing also that Britain must fully implement its earlier divorce deal with the bloc to safeguard peace on the island of Ireland.

Johnson said earlier on Friday that unless the EU changed course there would be no deal giving British businesses continued free access to the EU's huge single market.

That came after the EU leaders' summit on Thursday put the onus on London to budge in the talks or stand ready for major trade disruptions from 2021.

An EU official said: "It's very good that he (Johnson) wants to keep on negotiating."

EU Brexit negotiator Michel Barnier is due in London on Monday for more talks.

One European diplomat noted that Johnson did not say specifically that Britain was leaving the negotiating table. "It's all just rhetoric," the diplomat said.

A second EU official added the bloc's Brexit negotiating team was "already packing for an intense week in London" and added: "On the whole Australia deal/Canada deal revival ... it's just not serious."

The official was referring to Johnson's comment that he had concluded Britain should get ready for arrangements that are more like Australia's after Jan. 1. That would include tariffs and quotas unlike the largely seamless trading arrangements the EU and London are seeking in their new pact. (Reuters)