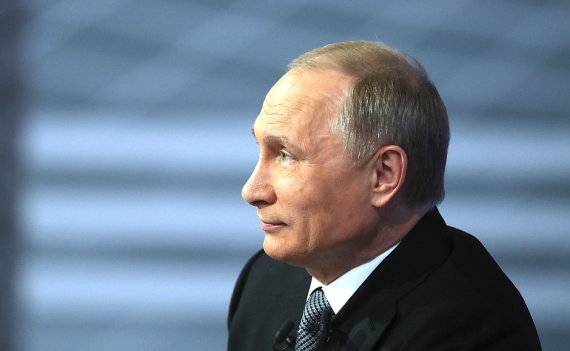 The European Union is likely to extend economic sanctions on Russia over Ukraine in December but could find it much harder to renew them in the future if Donald Trump succeeds in warming up relations with Russia.

Trump, who will take over as U.S. president in January, has said he wants a "good relationship" with Russia and President Vladimir Putin, alarming some in the EU who fear a policy shift that softens the U.S. stance on the Ukraine crisis.

The sanctions were first imposed shortly after Russia annexed the Crimea peninsula from Ukraine in 2014 and rolled over for six-month periods since then.

Five European diplomats told Reuters they expected EU leaders to extend the main economic sanctions in Brussels next month -- before Trump takes office. The decision requires unanimity among the 28 member states and the economic sanctions are now in place until the late January, 2017.

"The roll-over in December should still happen. There is no change on the ground in Ukraine ... there is really no argument not to extend them," said a European diplomat.

"But then, after Trump's inauguration, who knows where he takes us. It may become way more difficult."

Under President Barack Obama, the United States has also imposed sanctions on Russia and has urged the bloc to remain united over them.

But the measures' effectiveness has been increasingly questioned by EU member states Italy, Hungary, Greece and Cyprus, all of which have close business ties with Moscow.

During his election campaign, Trump adopted a more open-minded stance on Putin than current U.S. officials who consider him an autocrat bent on suppressing dissent at home while bullying his neighbors and projecting Russia's power abroad.

Trump has not said what he would do to revive ties with Russia. EU diplomats fear a softening of the U.S. position would be seized on by the Kremlin in the hope of weakening the bloc's own resolve on sanctions.

"After Trump is inaugurated in January, if there really is a rapprochement with Putin, it would deepen divisions within the EU on Russia and would make keeping sanctions in place more difficult," a diplomat in Brussels said.

Another envoy said: "The EU must make its own decision in December but the complication comes if in January the United States signals that it is going to change its policy. That could affect EU unity."

TOUGH TASK AHEAD FOR TRUMP ON RUSSIA

The economic sanctions include restrictions on the access of Russia's banking sector to international money markets, an embargo on most arms trading with Russia and the sale of some energy-related equipment and technology.

They have exacerbated a Russia's economic woes but failed to force a change of policy in Moscow. Critics of the policy inside the EU are increasingly upset at the lost trade and economic benefits that stem from putting sanctions on Russia.

Britain's vote in June to leave the EU has further weakened the voices of those who strongly favor sanctions, including member states from eastern Europe which were once part of the Soviet bloc and fear a cozy relationship between Trump's Washington and Putin's Moscow could undermine their security.

Despite the concerns in Brussels about Trump, some diplomats say that delivering meaningful rapprochement between Russia and the United States will be hard, not least because of the tough views on Moscow held by many Republicans in the U.S. Congress.

"Even assuming Trump reaches out to Putin, what do they really stand to gain? He's a very difficult partner, it's hard to get anything back from him. And the Republicans are very pragmatic," said one EU envoy.

"We'll have to see, but there is a chance that for all the talk there won't be such a massive shift in real policy."

Officials in Brussels said the fate of Russia sanctions would also not be a priority for Trump and that for Europe the future of ties with the Western NATO alliance were more vital.

Trump said during the presidential campaign that he would make the United States' defense of its Western allies conditional, casting doubt on the key pillar of the alliance.

"In reality, sanctions on Russia may not be the biggest fish to fry. The first question is what he does on NATO, as this has broad repercussions for the whole European security, including Russia ties," said an EU official. (Reuters)