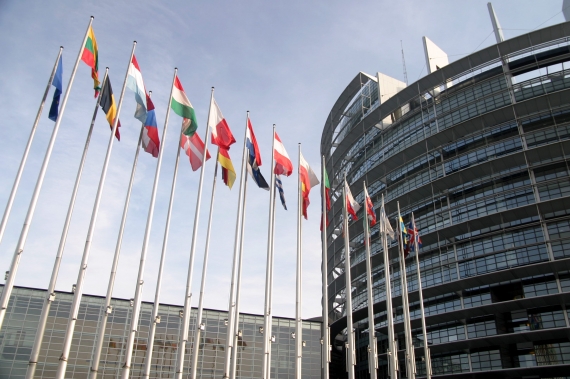 As frustration with Britain's Brexit crisis boils over across Europe, France and the Netherlands have raised the prospect that the European Union might reject a request by Prime Minister Boris Johnson to extend the divorce deadline from Oct. 31.

But while patience is wearing thin in capitals of the EU's 27 other members, few believe it is likely that their leaders will force Britain into a chaotic exit that would deliver a body blow to their own economies as well as its.

A senior EU diplomat said the French and Dutch ministers' comments may have been aimed at domestic audiences as dismay mounts across Europe over the Brexit drama. They may also have been a warning to Britain that it needs to speed up efforts to reach a deal in time for Oct. 31.

Officials and diplomats said the 27 will want evidence that a delay would not simply bring a further three months of wrangling in London and a continued impasse that leads to a no-deal Brexit.

An election in Britain, which seems likely, would be enough to convince them that the dynamics could change.

"Nobody in the EU 27 wants to drive the Brits over a cliff, but the request has to be done in good faith," a senior EU diplomat said. "There has always been a view in the Brussels bubble that something like an election would warrant an extension."

The British parliament has passed legislation to force Johnson to secure a delay in Britain's departure from the EU at a summit next month if he has not reached an exit deal.

Although the prime minister has said he would rather be "dead in a ditch" than make such a request, the few options he has to avoid it include resigning or breaking the law.

French Foreign Minister Jean-Yves Le Drian said on Sunday that, as things stand, the EU would not grant an extension and the Netherlands' Foreign Trade Minister said in an interview published on Monday that a "no-deal" Brexit might be better than further delay.

EU countries would suffer damage equivalent to about 0.5 percent of annual economic output if Britain left the bloc without a trade and regulatory deal, the International Monetary Fund said in April.

"There comes a point where the certainty of being worse off can be better than ongoing uncertainty without any new prospect," the Netherlands' Sigrid Kaag told the Dutch daily Het Financieele Dagblad.

"We need a good reason for further delay. It is hard to say what that would be. So far, the Brits have not presented an alternative to the Brexit deal that is already on the table."

Johnson insists that the Irish "backstop" must be struck out of the Withdrawal Agreement his predecessor agreed with the EU.

Under the backstop, Britain will remain in a customs union with the bloc "unless and until" alternative arrangements are found to avoid a hard border between its province of Northern Ireland and EU member Ireland.

The EU's 27 members granted Britain an extension from March until the end of October to give London more time to reach a transition agreement.

Even though French President Emmanuel Macron has previously said that Oct. 31 would be the final deadline, conventional wisdom in Brussels is that if London asked again, the 27 would approve it to avoid the economic shock of a no-deal exit.

Irish Finance Minister Paschal Donohoe, whose country would be the worst-hit of the 27 if Britain left without a deal, said on Monday that Dublin would favor extending the deadline.

Still, the comments by Le Drian and Kaag have introduced doubt into whether EU leaders would automatically approve a delay at their next summit on Oct. 17-18.

"If London were to ask for an extension to prevent a no-deal, it would ultimately be hard to see how the EU 27 could refuse that. However, frustration about the UK chaos is rising among the EU 27." said an EU diplomat in Brussels.

There has been no formal discussion among the EU 27's leaders of whether they would approve a delay because a request has to come from Britain first.

Diplomats said that if Britain does seek a delay, the response will hinge on what the extension is for.

"For an extension of the deadline beyond October 31, there would have to be some kind of a democratic event planned in Britain, like elections or another referendum," said a senior official involved in Brexit talks.

"Then the EU would have no trouble extending the time for talks," he said. "But an extension in the current circumstances, where nothing changes, would be difficult." (Reuters)