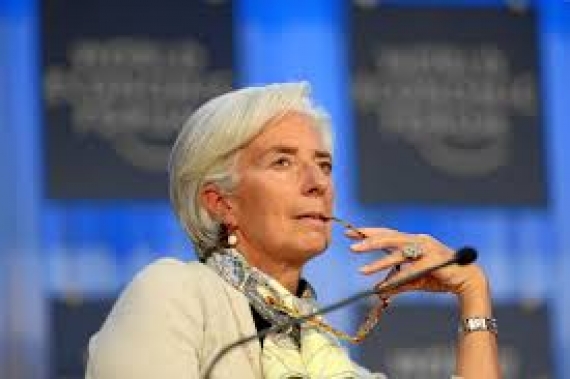 The euro zone needs to create more of its economic growth at home, including via greater public investment, if it is to withstand weakness abroad and become more balanced internally, new European Central Bank President Christine Lagarde said on Friday.

Lagarde did not discuss monetary policy in her first major speech since becoming ECB President at the start of this month, merely saying the central bank would do continue to do its part to support the economy.

Instead, she chose to send a message to euro zone governments, calling on them to strengthen domestic demand after a global trade war brought a decade of export-driven growth, largely led by Germany, to an abrupt end.

"The answer lies in converting the world’s second largest economy into one that is open to the world but confident in itself – an economy that makes full use of Europe’s potential to unleash higher rates of domestic demand and long-term growth," Lagarde said.

She singled out public investment as a key driver of this rebalancing, calling on pan-European funds to be spent on making the bloc "more digital and greener."

"Investment is a particularly important part of the response to today’s challenges, because it is both today’s demand and tomorrow’s supply," Lagarde said.

"While investment needs are of course country-specific, there is today a cross-cutting case for investment in a common future that is more productive, more digital and greener."

Her predecessor, Mario Draghi, had long been calling for greater spending and investment by countries that run surpluses, such as Germany, but his pleas had fallen on deaf ears in Berlin.

This trait of Draghi's had angered some other ECB rate-setters, particularly those from conservative, cash-rich countries like Germany and the Netherlands.

In a symbolic olive branch to the host country of the ECB, Lagarde began her speech by greeting the audience in German and promised to deepen her knowledge of that language further.

She had already sought to mend fences with disgruntled policymakers last week, taking the whole Governing Council on a retreat last week to hear calls for more inclusive decision-making. (Reuters)