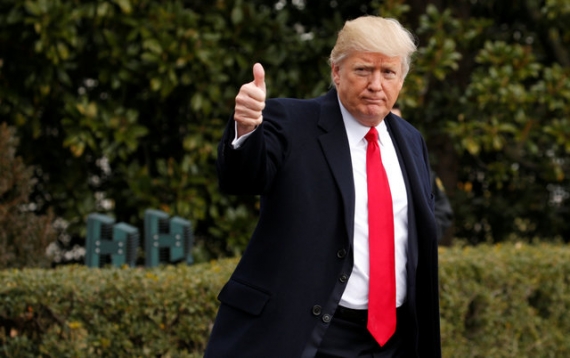 European shares touched a four-year high in early trading on Wednesday, as comments from U.S. President Donald Trump sparked hopes of an imminent resolution to the drawn-out trade war with China.

Trump said on Tuesday that Washington was in the "final throes" of work on an initial trade agreement, adding to optimism from earlier in the day when Beijing said top negotiators from both countries had reached a consensus on "resolving relevant problems."

"European markets look like they could be heading back up to all-time highs like the U.S. markets, but we're not quite there yet," said Michael Baker, analyst at ETX Capital.

"In the past, you've tended to have a bad response (on the trade deal) at some point, but that doesn't seem to be coming and the markets are enjoying it."

European shares have crawled towards a record high this month on hopes that the world's top two economies would defuse a trade war that has dulled business sentiment, dented corporate investment and hurt global growth.

But impediments to a truce remain, with a U.S. bill on human rights in Hong Kong being a potential sticking point with China. Reuters also reported last week that the interim deal could slide into 2020, given China's ask for more extensive tariff rollbacks.

Investors have turned to central banks in major economies for clues on monetary policy to stem the global downturn. The European Central Bank cut interest rates deeper into negative territory in September, while the U.S. Federal Reserve has lowered borrowing costs three times this year.

A Reuters poll on Wednesday showed the benchmark European index is expected to hit a record high by the end of next year, underpinned by loose monetary policy and hopes of an orderly Brexit.

Finnish ship technology and power-plant maker Wartsila rose 3% as one brokerage raised its rating on the stock and two research firms boosted their price targets.(Reuters)