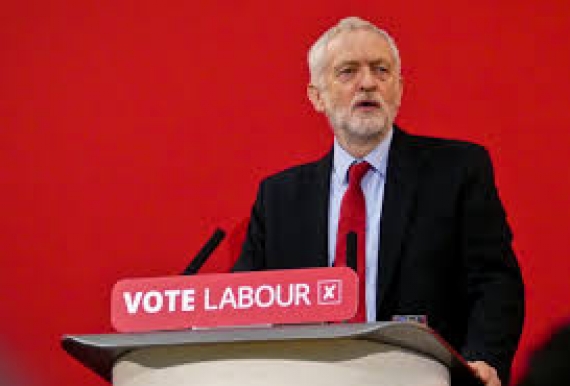 Britain's opposition Labour Party plans to nationalize BT's broadband network to provide free internet for all if it wins power, making a radical election pledge to roll back 35 years of private ownership that caught both the company and its shareholders by surprise.

Labour's proposed overhaul of the telecoms infrastructure, an addition to its already broad nationalization plan, would be paid for by raising taxes on tech firms such as Alphabet's Google, Amazon and Facebook and using its Green Transformation fund.

The announcement by Labour, which is currently lagging Prime Minister Boris Johnson's Conservatives in opinion polls ahead of the Dec. 12 election, sent BT's shares down as much as 3.7%, wiping nearly half a billion pounds off its market value. The share was down 1.7% at 1410 GMT.

"A Labour government will make broadband free for everybody," Labour leader Jeremy Corbyn said in a speech. "This is core infrastructure for the 21st century. I think it's too important to be left to the corporations."

"We'll tax the giant corporations fairly - the Facebooks and the Googles - to cover the running costs," said Corbyn, adding the public had been forced to pay far too much for "rip-off broadband" and the party would transform the British economy.

BT, with roots in an 1846 telegraph company, was once one of Britain's national champions and the flagship of Margaret Thatcher's privatization policy when it was floated by her Conservative government in 1984.

Labour's announcement brought into sharp relief the election stakes: Johnson who promises to deliver Brexit in January or Labour which says it wants to be the most radical socialist government in British history.

Johnson derided Corbyn's plan, saying it would undermine the world's fifth largest economy and cost taxpayers dearly. He has promised to roll out full-fiber broadband to all homes by 2025.

"We are funding a huge program of investment in our roads, in telecoms, gigabyte broadband, unlike the crazed, crazed Communist scheme that was outlined earlier on today," Johnson told Conservative Party activists.

Labour said the cost of nationalizing parts of BT would be set by parliament and paid for by swapping bonds for shares.

In what would amount to the biggest shake-up in British telecoms since Thatcher's privatizations of the 1980s, Labour said few would lose out while millions would benefit.

The national Openreach network is also used by BT's rivals, including Sky, TalKTalk and Vodafone, to provide broadband to their own customers. Its only competitor with widespread coverage is Virgin Media, owned by Liberty Global.

TalkTalk said on Friday a deal to sell its FibreNation business had stalled after Labour's announcement.

Labour's second most powerful man, John McDonnell, suggested that the owners of the networks that compete with Openreach, such as Virgin Media's cable network and new fiber providers, could come to an arrangement or be nationalized too.

"We'll come to an agreement with them. It will either be an agreement of access arrangements, or working alongside us, or if necessary they can come within the ambit of British Broadband itself," McDonnell said.

Labour, led by 70-year-old socialist Corbyn, has been open about its plans to nationalize the rail, utility and water companies as well as to increase taxes on the wealthy, but has never previously suggested nationalizing BT's assets and the company was taken by surprise.

"These are very, very ambitious ideas and the Conservative Party have their own ambitious idea for full fiber for everyone by 2025 and how we do it is not straightforward," Chief Executive Philip Jansen told the BBC. (Reuters)