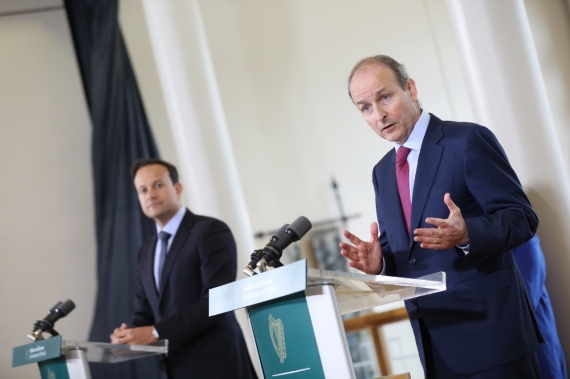 The Taoiseach spoke to British counterpart Boris Johnson by telephone on Wednesday evening to express concern about a threat by a British minister to break international law in the implementation of its EU divorce treaty.

"Prime minister Micheal Martin spoke to PM Johnson and set out in forthright terms his concerns about latest developments in London on Brexit, including the breach of an international treaty, the absence of bilateral engagement and the serious implications for Northern Ireland," a government spokesman said.

"He stressed to the PM that the U.K. government should re-engage with EU negotiators urgently."  (Reuters) 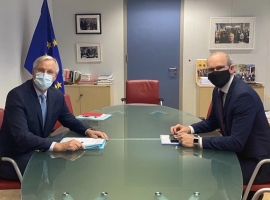