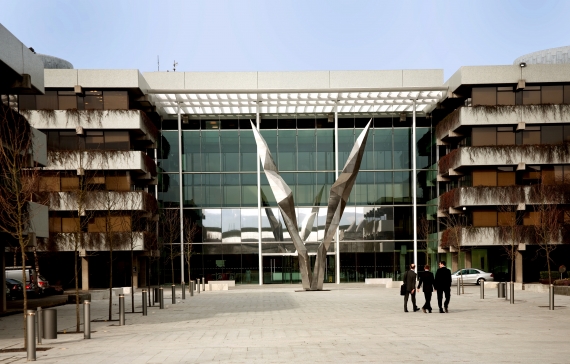 Profit before tax was 436 million euros, once exceptional items of 133 million euros were taken into account. That compared with 762 million in the same period last year.

"For the first half of year there were two particular items of an exceptional nature," Chief Financial Officer Donal Galvin told Reuters.

"One is we have taken a provision for a tracker mortgage fine of 35 million euros, and secondly we have made a provision for customer restitution, this is an item where we have identified a loan documentation issue."

Non-performing exposures (NPEs) fell to 4.7 billion euros or 7.5% of gross loans, and the bank's management said it was on track to meet its target of 5% by the end of 2019.

Irish banks are under pressure from the European Central Bank to reduce bad loans which ballooned after Ireland's property crash. In 2013, AIB's stock of NPEs stood at 31 billion euros.

AIB's tier one capital ratio was steady at 17.3%, well above its medium term target of 13%.

Operating expenses of 744 million euros were 6% higher than last year, which the bank said was related to wage inflation, increased depreciation, and the elevated cost of its distressed loan workout unit.

AIB's share of the fast recovering Irish mortgage market stood at 31.3% in the first half. (Reuters)