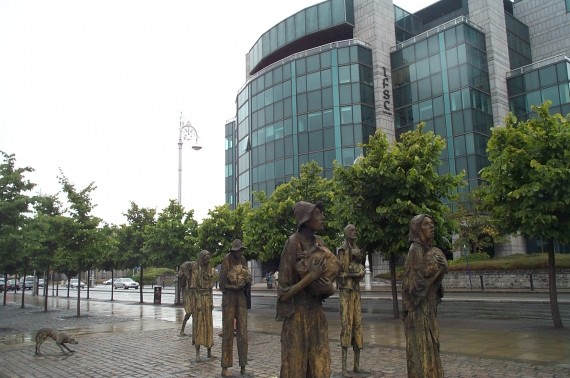 Ireland kicked off the sale of a new 10-year bond on Tuesday, its third so far this year via a syndicate of banks, that a market source said could raise 4 billion euros to plug the growing budget deficit.

Ireland's debt agency has been tasked with raising 20-24 billion euros this year compared to the 10-14 billion euros envisaged at the start of 2020 to fund extra spending resulting from the coronavirus-related shutdown of the economy.

Having raised 12.5 billion euros to date, the National Treasury Management Agency cancelled a planned auction in favour of a syndicated sale after investor feedback suggested demand was likely to outstrip a typical auction size.

In funding their coronavirus stimulus programmes, government borrowers are relying much more heavily on syndications, helping them to target a bigger investor base and larger issuance.

Initial demand for the offering was 18 billion euros, with price guidance at 34 basis points over the mid-swap level, according to a lead manager. The sale was expected to price later on Tuesday.

The government announced on Friday that it would accelerate the cautious unwinding of its coronavirus lockdown with the fourth and final phase of easing restrictions to start on July 20, three weeks earlier than scheduled.

Ireland expects to turn 2019's budget surplus into a deficit of between 7.4% and 10% of gross domestic product this year.