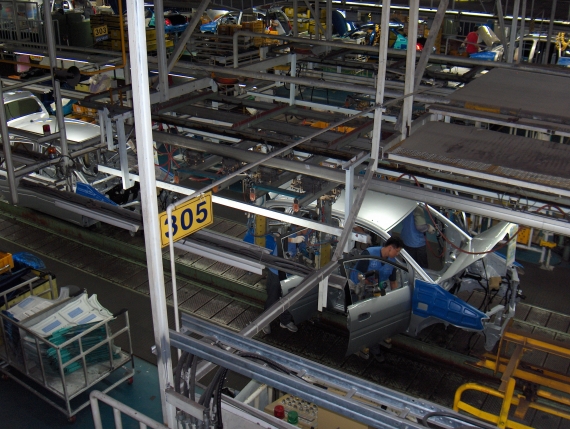 Irish manufacturing business conditions improved in October for the first time since May as output and new orders returned to growth, a survey showed on Friday.

The AIB IHS Markit manufacturing Purchasing Managers' Index (PMI) climbed to 50.7 in October from 48.7 in September.

The rise above the 50-point mark separating expansions from contractions came as panelists said they had increased their production in line with a pick-up in customer demand.

Ireland's economy has by and large weathered the uncertainty created by close trading partner Britain's 2016 vote to leave the EU. But a lack of clarity around the terms of Britain's departure weighed heavily on manufacturing activity over the summer months.

The subindex measuring output stood at 50.6, up from 47.7 in September, ending a run of three straight months of decline to move to expansion at the fastest pace since April.

"Encouragingly, most of the sub-components of the survey saw an improvement after a string of weak readings over the third quarter," AIB Chief Economist Oliver Mangan said

Mangan welcomed the improvement but cautioned that the manufacturing PMI remains weak, with very modest growth as the slowdown in the global economy and Brexit uncertainty act as headwinds. (Reuters)