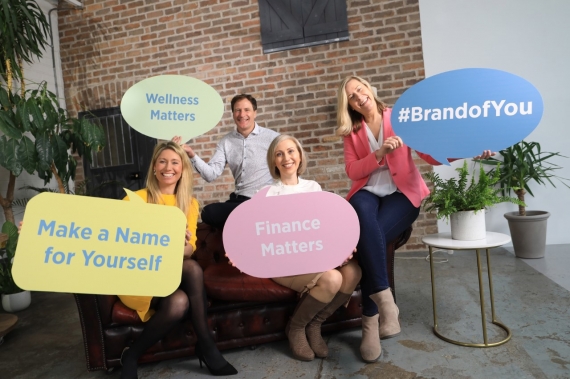 New research released by IrishJobs.ie has found that 72% of Ireland’s workforce dream of making a name for themselves in a new job role. The hiring specialists conducted a survey of over 6,000 participants to understand the leading barriers to change, with emotions the most potent driver of the decision-making process.

While over half of Irish employees claim to be wholly unfulfilled by their current position, relationships (40%), feelings of anxiety (36%) and a fear of failure (30%) are three of the largest factors holding workers back from realising their true potential.

Employer transparency, whether that be emotional or financial, also ranked highly amongst surveyed Irish job seekers, with almost three quarters (75%) of all respondents more likely to apply for a role if the salary was included in the posting - even if that salary was below their initial expectations.

IrishJobs.ie today announced details of its #BrandofYou programme - a special series of supports responsively developed in partnership with popular local experts in the areas of Wellness and Finance, to demystify the barriers to job change.

Speaking this week, General Manager at IrishJobs.ie, Orla Moran said, "While the trends and research tell us that it’s an employee’s market, we wanted to better understand the factors that were preventing those unhappy in their current roles from exploring new opportunities. Listening to the concerns of Ireland’s workforce about the increased cost of living, the financial impact of returning to work and the importance of employee benefits, we also discovered a real demand for emotional supports."

She added, "The IrishJobs #BrandofYou concept centres around the development of a valuable information portal, designed to demystify those barriers to change and empower job seekers with the skills they need to have confidence in their own personal brand – that combination of skills, experience and personality that will help them make a name for themselves."