Home > Ireland > 60% of companies have no female board members 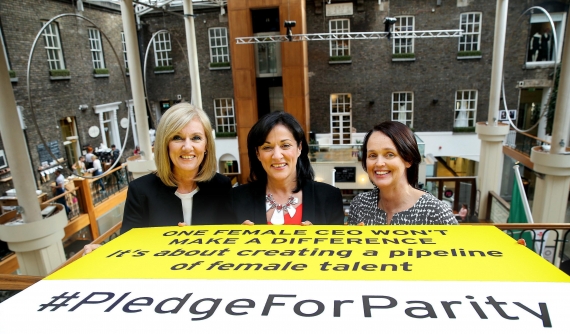 There is a significant correlation between women in corporate leadership and profitability according to a global survey undertaken by EY and The Peterson Institute for International Economics.

The report was released to coincide with International Women's day and was carried out across almost 22,000 publicly traded companies (52 in Ireland) from 91 countries worldwide.

Ireland ranks 28th out of the top 56 countries for having women on boards (12%). Of the Irish companies surveyed, the results also indicate that 2% had a female chair and 8% had a female CEO.

Furthermore, the report found that nearly one third of companies globally have no women in either board or C-suite positions, 60% have no female board members, 50% have no female top executives and less than 5% have a female CEO.

Most countries are still far below the 30% threshold for women CEOs with only Norway exceeding this standard for women on company boards.

The research also showed that while increasing the number of women directors and CEOs is important, growing the percentage of female leaders in the C-suite would likely benefit the bottom line even more.

The report claims that implementing policies relating to viable long term experience for women (specifically substantial maternity and paternity leave policies), access to education and elimination of discrimination were found to be the most important factors in addressing gender balance and advancing women in the workplace.

Director of Alternatives and former EY Entrepreneur Of The YearTM (EOY) finalist, Sandra Lawler says, "Ensuring gender balance and diversity at all levels in organisations, is not just the right thing to do, but companies who do so innovate more and are more successful.

"However, at no level is this more urgent than at the most senior executive levels, where business and talent strategies are driven. People talk about the war for talent, yet often neglect the potential of this 50% of the workforce. Businesses need to provide the support, the culture and focus on diversity for all our sakes."

"As business leaders we need to ask ourselves: Have we made enough progress? Are we helping enough women find their way into leadership roles in order to make our businesses better?"