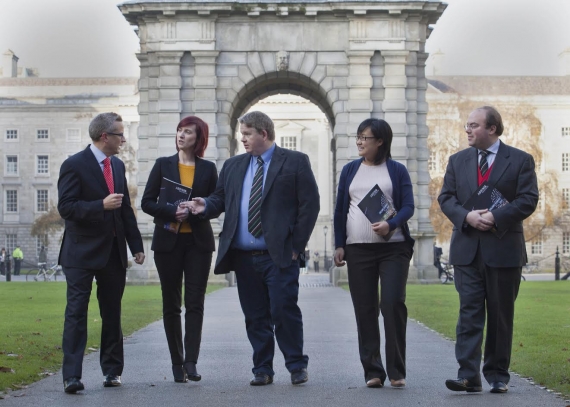 The latest Abrivia Recruitment Salary Survey has been released today in association with Trinity Business School at Trinity College Dublin.

The data has been compiled from a survey of 7,400 companies and 40,000 employees across multiple industry sectors.

Furthermore, 80% expect to increase salaries again in 2017 by a similar amount. From a recruitment perspective, the challenges facing companies this year will be focused around new talent acquisition and of course the retention of key team members.

The report shows Marketing, Sales and ICT sectors are forecasting the greatest number of hires in 2017 with Legal close behind.

Not surprisingly, 41% of employers said that the shortage of rental accommodation was affecting their ability to recruit staff with almost one third of employers saying they expect to lose staff because of increasing rents. Forty seven per cent of employees living outside Dublin said they would need a salary increase of over 20% to move to Dublin for work.

The numbers of Irish returning from overseas is still low, over 50% of employers said that none of their current workforce included Irish returnees.

Commenting on the report, Professor Brian Lucey said, "FDI inflows in 2015 were equivalent to 50% of GDP. By value, 90% of Irish exports are conducted by these multinational companies. The top 20 firms for exports are all multinationals making up 60% of exports and 13% of employment. Forty per cent of all corporate taxes are paid by the top 10 FDI firms."