Home > Ireland > Advertising spend in Ireland expected to increase to 1.07bn this year 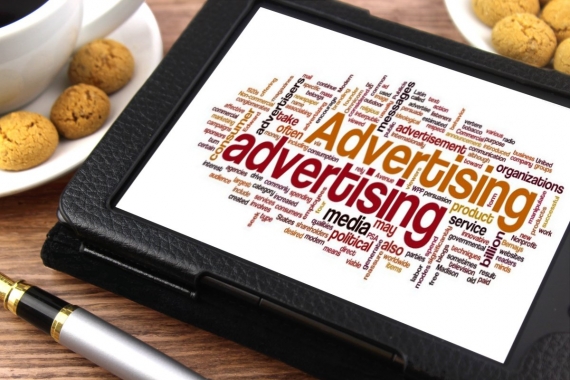 New research from Core, Ireland’s largest marketing communications group, has found that a 6.7% increase in advertising spend in Ireland will see revenues reach €1.074 billion. This increase will mark the sixth consecutive year of growth in advertising investment levels in the Republic of Ireland and is in line with general economic growth.

The figures are contained in ‘Outlook 2018’, an annual document produced by Core which forecasts spend for the next 12 months across a variety of media, including Television, Radio, Print, Online, Sponsorship, Direct Mail and Out-of-Home. The report also outlines the key developments and important issues that will impact the industry this year.

Core has restated the size of the media market this year. The advertising experts believe that assessing the level of advertising spend (in media) in Ireland is needlessly difficult. According to Core, the real ‘problem child’ continues to be online advertising.  None of the major players disclose their revenue, which has resulted in massive variations in valuations of the sector. In 2017, Core believes that agencies under-called online ad spend by 27%, while the online sector itself significantly over-valued it by 32%. Core estimates the real level of online advertising expenditure (gross of commission) in the Republic of Ireland at €451 million for 2017.

This is significantly higher than previous estimates and is driven by a restatement of the level of direct spend that is going to Google and Facebook by thousands of small and medium-sized businesses throughout Ireland. This restatement has added €123 million to previous estimates of total amount of advertising money spent on advertising in Ireland.

Although a great year for profits, 2017 was a year both Google and Facebook probably want to forget due to multiple controversies around how their businesses operate.  These include Russia’s influence in the US election, Facebook’s dysfunctional relationship with news (fake or otherwise), incorrect reporting of advertising performance, ads appearing beside inappropriate content on YouTube, prominent placement of Google’s comparison shopping service in search results and, most recently, a focus on whether Facebook’s algorithms encourage addictive behaviour.

These issues, however, have made little difference to Google and Facebook’s dominance as advertising platforms so far. Core estimate that 58% of all digital spend goes to these platforms and there is no sign of this abating.

Core say the consequences of this dominance in the Irish market are far-reaching and must be addressed. They say it is important that global media companies, such as Facebook and Google, do not secure a disproportionate level of advertising spend, or it will have the unintended consequence of closing publishers and broadcasters in this country, thereby denying the public of Irish-produced analysis, opinion and entertainment, which are essential to our democracy and identity.

The report finds that one in five of all TV sets in Irish homes are now connected to the internet. This new technology is having a huge impact on the availability of content to Irish viewers.  RTÉ, TV3 and other Irish broadcasters are directly competing with global players who have multi-billion euro programming budgets.  Many of these smart TV’s are now bundled with Netflix or other subscription services and programme choices are now decided by favourite apps, rather than the traditional TV channel menu.

The report shows that things are getting increasingly difficult for the media industry. According to the Reuters Institute, only 10% of Irish adults pay to access online news content. Core warns that if this level of take-up does not increase, the future is bleak for this most valuable and important sector of Irish media.

The report warns that the existing paywall subscription model will never attract sufficiently large audience numbers for most mainstream news media (although there will always be exceptions; e.g. The New York Times). Core say that one factor is what consumers get for their subscription; with Netflix and Spotify, we’re offered a plethora of products in return for a single sign up.  Paywalls don’t follow this approach, instead offering the consumer one product in return for their subscription.

Core believe with the right collaboration, there is a potential solution to this problem.  If consumers had a ‘Spotify for News Media’, which gave them access to all the major Irish news brands in an easy, consistent and navigable format, it could successfully provide a platform to simplify decision making and embed news media in the daily life of the consumer for years to come, they believe.

Consumers would be asked to pay a monthly subscription for unlimited access.  And as well as delivering a range of content from all Irish news media, Core say the service would enable customisation to the specific needs of users.