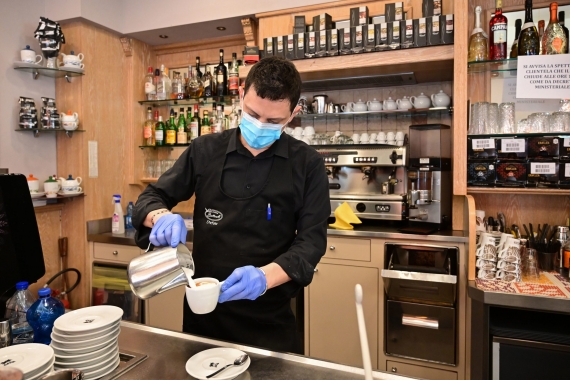 The Drinks Industry Group of Ireland (DIGI) has today warned about the recovery of the drinks and hospitality sector as a new report shows that Ireland has the second highest excise tax rates in the EU and UK.

DIGI say that the high tax rates levied on the industry are unsustainable and uncompetitive and are calling for a reduction in excise tax in Budget 2022 to boost post-Covid tourism and secure sustainable, long-term growth for Ireland's drinks and hospitality businesses in 2022 and beyond. The group is proposing a 7.5% reduction in excise tax on drinks products, including wine, beer, spirits, and cider.

The group claims that the effects of the reduction would be felt ‘immediately’ by thousands of hospitality businesses across Ireland, hundreds of thousands of directly and indirectly employed industry workers, and domestic and overseas consumers, including tourists. DIGI says that Ireland's high excise tax on drinks products, combined with VAT, high commercial rents, and insurance, forces Ireland's drinks and hospitality businesses, particularly small exporting breweries and distilleries, to make ‘growth-limiting sacrifices’.

Commenting on the report, Chair of DIGI, Liam Reid said, "We are restarting from a low point. Thousands of skilled employees have left the industry for good. Many hospitality businesses, particularly in low-population areas dependent on seasonal tourism, simply don’t have the people required to open. That is having knock-on effects on entire communities and regions. The longer this situation lasts, the slower our recovery will be."

He added, "We need to think ambitiously. As we move beyond the pandemic, industry and government need to work towards a new vision focused on rapid growth: to build the best drinks and hospitality industry in the world. To do this, we need to remove obstacles that make it hard for businesses to grow and Irish tourism less competitive against other European countries. That must include reducing our punitively high excise tax. The power to reduce excise tax rests solely with the Irish Government. It can be carried out overnight without the introduction of new legislation."