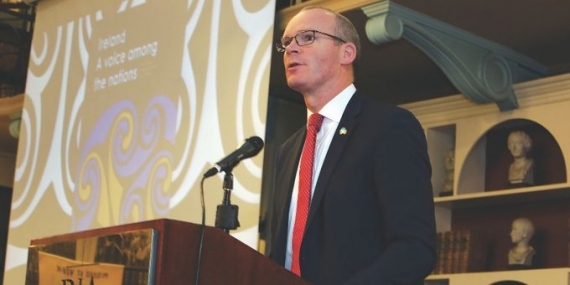 Ireland's foreign minister said on Friday he believed Britain and the European Union could reach a trade deal now the talks were back on track, but added the issues of fair competition and fisheries hampering an accord were "still very much there".

"When we got a deal done this time last year, a lot of people were predicting that there would be a no-deal Brexit. We're seeing history repeat itself now," Simon Coveney, who played a key role in last year's divorce treaty, told national broadcaster RTE.

"I think a deal can be done, I've said that for quite some time. What we have now, after all sorts of politics being played, is a process that is back on track," he said, adding, however, that both sides remained "miles apart" on fishing. (Reuters)