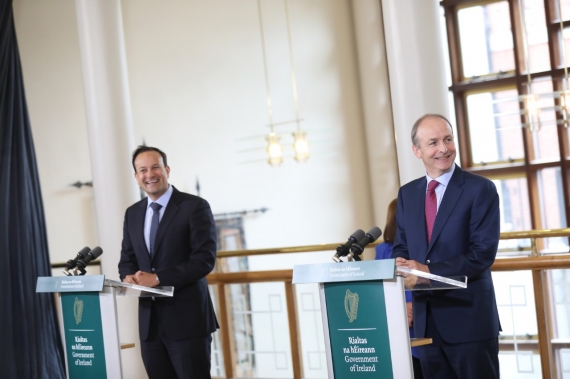 EU and UK officials will meet on Monday in Brussels to discuss implementing their divorce Brexit deal for the sensitive Irish border in time for the start of 2021, a deputy head of the bloc's executive European Commission said.

"I will meet Michael Gove today in Brussels to discuss the implementation of the Withdrawal Agreement, including the Protocol on Ireland and Northern Ireland. We are working hard to make sure it is fully operational as of 1 January 2021," said the Commission's Maros Sefcovic.

The UK's draft Internal Market Bill - which would undercut bits of the Brexit divorce settlement - is due back before the parliament late on Monday. (Reuters)