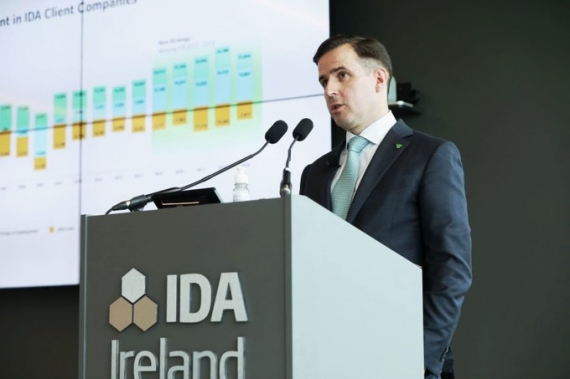 IDA Ireland said it had secured 132 investments with the potential to create 9,600 jobs so far this year, down from 140 investments and a record 13,500 potential jobs in the same period last year.

Foreign companies directly account for around one in 10 jobs in Ireland, where large technology groups such as Facebook , Google and Apple have based their European headquarters, benefiting from a low corporate tax rate of 12.5%.

Foreign companies already based in Ireland are for the most part looking resilient but not immune to the impact of the crisis that has left 22% of workers temporarily or permanently unemployed as the economy reopens more gradually than much of Europe, IDA boss Martin Shanahan said.

"A prolonged battle against the virus where sectors remain closed here or elsewhere could change this situation," Shanahan said.

Shanahan said the pandemic would undoubtedly exert downward pressure on job creation and increase job losses and that if Ireland had the same number of FDI jobs at the end of this year as it did at the end of 2019 "it will be a really strong year."

The agency, which was unable to host any site visits from April to June for companies looking to invest, expects to see an increase in remote working among existing companies but not a move entirely to such a model. Some larger companies already had 10-20% of staff working from home before the pandemic, Shanahan said.

With competition for FDI increasing, he also warned that other challenges such as Brexit, increased trade tensions, automation of work and new global rules being discussed on how and where big internet companies pay tax "have not gone away." (Reuters)