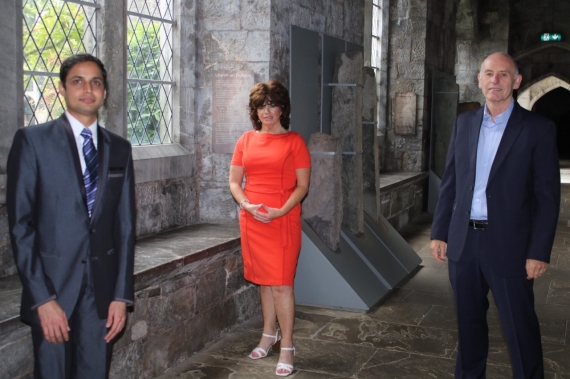 GatewayUCC, part of UCC Innovation, has announced that the companies it has worked with and supported since 2012 have created more than 400 jobs. GatewayUCC supports researcher-led start-ups and spin out companies and has this year reported a significant growth in the number of female founders within the programme.

In the past eight years, GatewayUCC supported companies have raised over €50 million of public and private investment, and supported over 60 start-ups and pre startups based on IP from the university. These IP based companies have contributed more than €22 million a year in salaries to the local economy.

GatewayUCC also announced the winners of its fifth GatewayUCC SPRINT Awards for 2021. SPRINT is designed to support early stage start-ups working on technologies generated in UCC by UCC researchers and entrepreneurs. MEP for Ireland South Sean Kelly and Interim President Prof John O’Halloran were amongst those speaking at the event.

This year will see 20 researcher-led projects sign up for the SPRINT programme which is an increase of 50% from last year. Forty percent of that cohort are female founders which represents the largest intake of female founders in the programme’s history.

The SPRINT Programme has been developed to help spin-out start-up companies overcome challenges they may encounter when starting their businesses. On the programme, pre and early stage start-ups will be working with successful business mentors who will help to bring their business from idea stage through to the eventual commercialisation of the product or service. The SPRINT programme is sponsored by Enterprise Ireland, Bank of Ireland and Cork City LEO and Cork City Council.

The state of the art facility at GatewayUCC provides a uniquely supportive ecosystem for start-ups through its programme of business supports. Such supports include mentoring and business coaching, access to financial advice and startup funding, specialist seminars, workshops, introduction to venture-capital opportunities, business angel networks and access to UCC’s network of researchers together with excellent support through linkages into academic departments.

Speaking this week, Head of GatewayUCC and the SPRINT Programme, Myriam Cronin said, "The businesses and researchers supported by GatewayUCC have continued to innovate and evolve over the past twelve months, and have flourished given the challenges posed by the global pandemic. SPRINT continues to grow year on year, with the biggest intake so far for 2021, providing a steady pipeline of Technology start ups from the University that will create growth opportunities in the future."