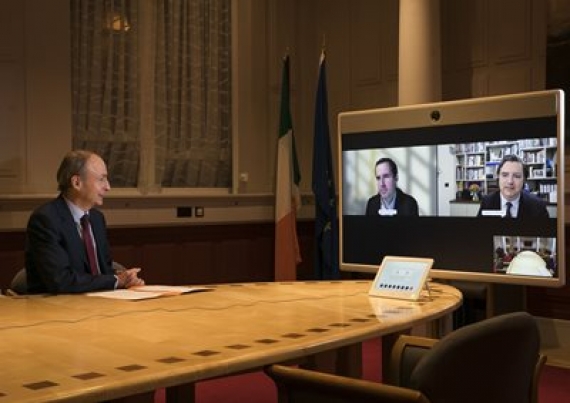 Intel yesterday announced it will expand its manufacturing operations in Leixlip which is expected to lead to the creation of 1600 new high-tech jobs on completion.

The current expansion, which in time will more than double Intel’s available manufacturing space in Ireland and Europe, has seen an additional $7bn investment between 2019 and 2021. The company has signalled that there will be an opportunity for additional investment as it plans to announce another phase of expansions in locations including Europe in the next year.

The General Manager of Intel Ireland and Vice President of the company’s Technology and Manufacturing Group, Eamonn Sinnott, in an editorial on the company’s website, confirmed that since locating its technology campus in Ireland in 1989, Intel has invested $15bn in manufacturing capacity, making it one of the largest and most advanced semiconductor manufacturing operations in Europe.

Welcoming the news yesterday, An Taoiseach, Micheál Martin said, "Intel’s journey in Ireland has been an extraordinary one and these plans for the next phase of its development  will enhance its reputation as a global leader in semiconductor innovation and manufacturing.  Already a substantial employer in Ireland, with some 5,000 employees, these further new jobs will be most welcome. The government’s mission in the coming months and years is to get people back to work and rebuild our economy, while at the same time ensuring Ireland remains well placed to thrive in the new green and digital economy of the future, with high quality, sustainable jobs. Today’s announcement is very welcome for that reason. I wish Intel continued success with its operations here."