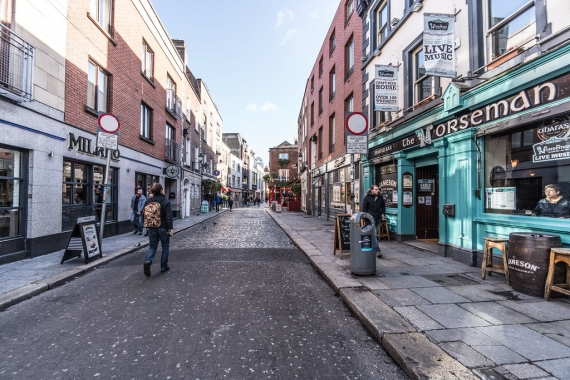 Ireland will shut restaurants, pubs and some shops on Christmas Eve and they may not open again until early March amid "enormous concern" for older people from a sudden surge in COVID-19 cases, the government said on Tuesday.

Taoiseach Micheal Martin said there was no evidence that a new, virulent variant of the virus that has isolated neighbouring Britain had reached Ireland, but the safest approach was to assume it had.

Ireland has one of the lowest incidence rates of COVID-19 in Europe having moved early in October to temporarily shut parts of the economy. However daily cases are now rising at 10% in what health chiefs say is clearly a third wave of infections.

"One of the real concerns that we have is that unlike the second wave, the virus seems to be affecting older people in quite high numbers and that is causing us enormous concern," Tanaiste Leo Varadkar told a news conference, comparing the situation to the deadlier first wave in March.

"Because what is very likely to happen over the next couple of days is that younger people who have been out socialising, perhaps carrying the virus, will then mix with older people over Christmas and that is a recipe for disaster."

Families will still get the Christmas promised a month ago, with three households allowed to mix on Dec. 25, more generous terms than in many other countries. However socialising in homes will be cut to two households in the lead-up to New Year's Eve and banned thereafter.

Unlike the six weeks of tough restrictions from mid-October to early December, retailers like department stores will remain open but asked to defer holiday sales. Gyms will also escape closure this time around.

Hairdressers will be shut while hotels can only be used to accommodate essential workers. Schools and childcare facilities will not be affected.

While analysts believe Irish gross domestic product may in fact grow this year thanks to its large pharmaceutical and tech multinational sector, the shutdown will likely keep the number of people permanently and temporarily unemployed at around 20%.

The measures will be reviewed on Jan. 12 but Varadkar said shuttered business should operate on the assumption they will be closed until the end of February or early March when a critical mass of the population should be vaccinated. (Reuters)