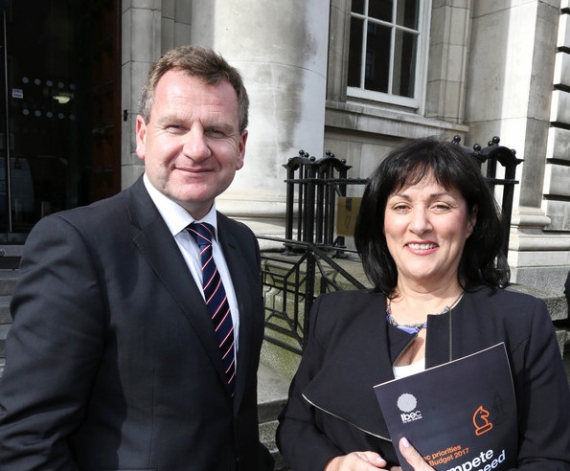 Ibec has today called on Government to introduce a comprehensive package of new measures to head off the worst consequences of Brexit and increased global uncertainty. The report sets out a series of urgent measures to protect Irish businesses against the precipitous decline in sterling and shore up Ireland's competitive position as a place to live, work and invest.

The proposals include a new enterprise stabilisation fund, additional funding for market diversification measures, an access to finance package, trade finance measures and an expansion of online trading supports

Ibec warn that the exporting industries most affected by the sterling fall are typically job intensive and deeply embedded in local economies.

A review of the historical exchange rate and agri-food export relationship shows that a 1% weakness in sterling results in a 0.7% drop in Irish exports to the UK. This has already begun.

Ibec's most recent trade figures for the year to August showed the value of Irish food exports to the UK fell by 8.1% annually. This fall accelerated to 14.5% annually in the two months since the referendum and has hit all categories.

Ibec Director of Policy Fergal O’Brien says, "While sterling strengthened somewhat last week, we expect further volatility ahead as markets react to the political twists and turns of Brexit negotiations. The Irish Government can't sit on its hands during these negotiations, while sustainable businesses fall prey to the already evident economic realities of Brexit. A comprehensive immediate response package is now needed to save jobs."