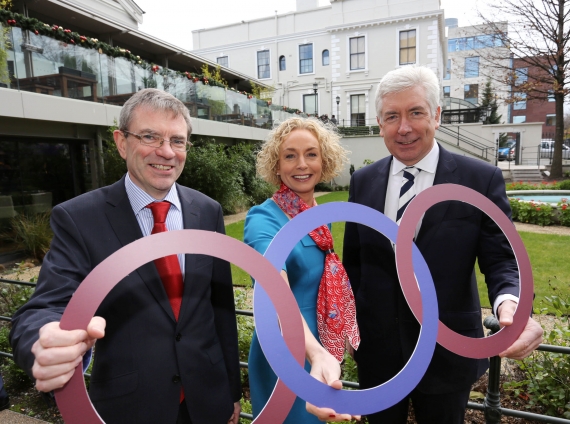 The incoming Chair of the Telecommunications and Internet Federation (TIF), Anne O’Leary, yesterday claimed that lack of a joined up approach to planning across Ireland is depriving communities of adequate mobile and fixed connectivity.

Anne O’Leary, CEO of Vodafone Ireland was speaking at the Annual Digital lunch also attended by Minister for Communications, Energy and Natural Resources, Alex White TD, where it was announced that she will succeed Colm O’Neill, CEO of BT Ireland as Chair of TIF for a one year term.

She praised the Minister’s intention to rollout the National Broadband Plan, which she said has game-changing potential for Ireland in terms of providing much needed employment in rural communities and lowering emigration rates, especially amongst the younger generation.

She also said that during all of her years working in the sector, it has never been as competitive and that this level of competition is set to continue. The ultimate beneficiary in all of this will be the consumer, she claims.

In all, telecoms operators have invested €3.2 billion in Ireland over the past five years which equates to the entire spend of Ireland’s 2014 Public Capital Programme.

Anne O’Leary commented, "Mobile and fixed connectivity is as essential to households and businesses as electricity or running water. Collectively, as an industry, we are making a significant, and I believe sometimes unnoticed, contribution to Ireland Inc.

"If we are to get serious about our connected future and to invest at similar levels to provide the necessary connectivity, there needs to be joined up thinking around the rules governing planning permission which is often refused for arbitrary reasons."