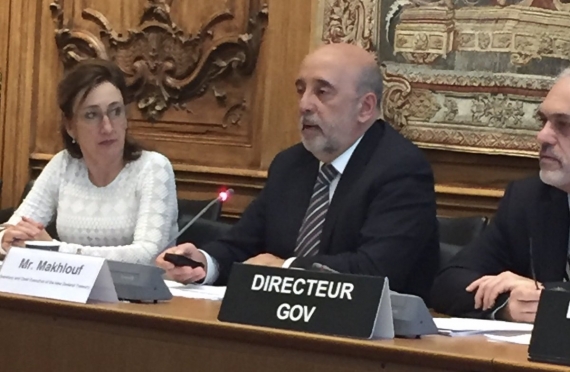 Ireland's incoming central bank governor Gabriel Makhlouf has admitted he could have handled better a leak of budget data while he was secretary to the treasury in New Zealand.

In a letter to the Irish minister of finance, posted by the Department of Finance on its official website on Wednesday, Makhlouf accepted ultimate responsibility.

"The release of budget information two days before budget day was a serious matter and, as secretary to the treasury, I was ultimately responsible for maintaining the embargo," Makhlouf wrote in a letter to Paschal Donohoe dated July 15.

"In hindsight, I accept that I could have described the incident more clearly and with a different emphasis."

The incoming governor, who is due to start his new job in Ireland in September, was criticized for wrongly blaming hackers for the release of budget information on the New Zealand treasury's website in May.

It later emerged that the leak was caused by flaws in the website rather than unlawful infiltration.

The New Zealand government ordered an investigation and one of Ireland's smaller opposition parties called for Makhlouf's appointment to be suspended pending its results.

The New Zealand government's official report found that Makhlouf's actions and statements were reasonable in all respects other than in relation to his use of the phrase 'deliberately and systematically hacked" in a media statement.

"I am a dedicated and committed public servant and am looking forward to starting my role as governor and having the honor of serving the Irish people, working with my team at the central bank," he wrote to Donohoe. (Reuters)