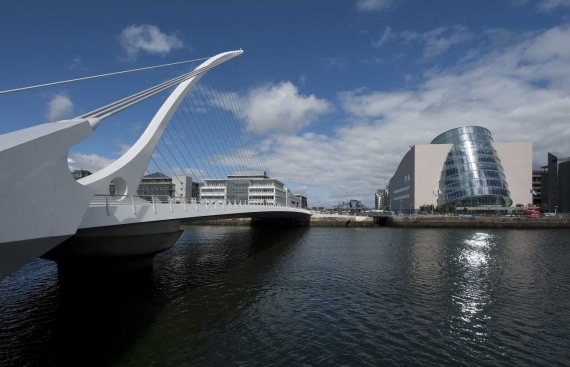 The latest MasterCard SpendingPulse, produced on behalf of the four Dublin Local Authorities, shows that total retail spending in the Capital increased by 1.6% Quarter on Quarter (QoQ) despite rising cost of living challenges in the second quarter.

Retail spending in the Dublin economy increased for a fifth consecutive quarter in the second quarter of 2022, however, increasing inflationary pressures are likely to be a major headwind for consumer spending in the coming quarters.

Second quarter spending was buoyed by particularly strong growth in expenditure on Entertainment sector which rose 9.2% QoQ, no doubt aided by the lifting of Covid-19 restrictions and the early summer tourism season. Discretionary sales also grew QoQ (+3.0%), highlighting Dublin consumers’ ongoing willingness and ability to spend their disposable incomes in the face of increasing prices. There were also expansions in expenditure on Necessities (+1.5%) and Household Goods (+1.7%) in the quarter.

On a Year on Year (YoY) basis, retail spending in the Capital experienced a steady increase of 7.4% which is largely attributable to the removal of the public health restrictions that were in place in 2021. The most significant YoY growth was in the Entertainment category (+141.8%). Significant YoY Discretionary spending increases were also recorded (+44.9%), alongside an expansion in Household Goods sales (+4.9%) in the Capital. Necessities expenditure was stable.

Expenditure via eCommerce platforms in the Capital increased at a solid 2.9% QoQ and 9.8% YoY. The persistent strength of this method beyond the worst of the pandemic, and the absence of any real reversal in consumer trends, points towards lasting behaviours in this regard.

At the national level, total retail spending was marginally stronger than in the Capital at +8.3% YoY. Similar to Dublin, pent up demand in the hospitality and tourism sectors contributed to a strong YoY increase in Entertainment spending (+104.5%) across the country. There was a modest increase in Household Goods spending (+4.2%).

Tourism spending in the Dublin economy continued to recover in Q2 2022 with growth of 8% QoQ and 72% YoY. Despite the positive trends, growth in the Capital fell considerably short of the national level where expansions of 25% QoQ and 294% YoY were recorded. There are a number of factors that may have contributed to this gap, including soaring hospitality prices in the Capital and evidence of reduced spending levels from the UK market. The latter fell by over a fifth QoQ, though resurgences in the Chinese (+81.0%), French (+21.3%) and US markets (+12.7%) more than compensated.

Speaking this week, Global Head of SpendingPulse, MasterCard, Michael McNamara said, "One silver lining to the crowds at the airports is that tourism spending is recovering nicely in Dublin and across Ireland. Entertainment spending has also posted impressive results along with a strong rebound in discretionary spending. The net result is that while the long queues due to the travel recovery are challenging, the positive economic impact on the community and the country are compelling."