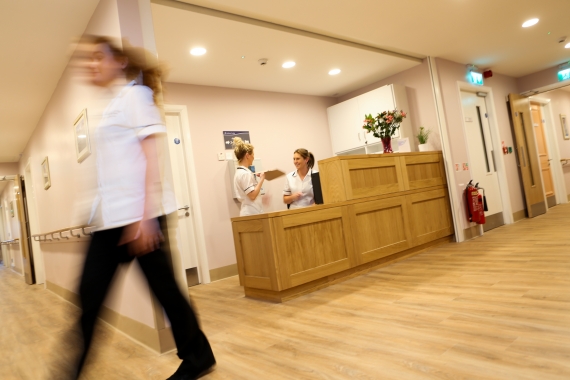 It was announced today that Tallaght Hospital have officially launched a new patient and visitor app – the first Irish public hospital to do so.

The app was launched at a special event at the hospital attended by Tallaght Hospital CEO, David Slevin, Group Director of Nursing & Midwifery of the Dublin Midlands Hospital Group, Eileen Whelan, hospital clinicians and wider staff, representatives of the Meath Foundation and the hospital’s Patient Community Advisory Council.

The app provides users with access to information on many of the services available at the hospital including hospital facilities, wards and site map, visitor information, contact details for a particular clinic or consultant, videos featuring medical experts in areas such as rheumatoid arthritis or Intensive Care, and news and updates on the hospital and its work.

The app is the first of its kind within Ireland’s public hospitals. While Tallaght is taking the lead in Ireland, the hospital was motivated by the success of similar apps in other healthcare systems such as the UK and US, where such apps are increasingly the norm.

In addition to the work undertaken by Tallaght Hospital and its development partner Captive Health in developing this app, the project was also supported by both the Meath Foundation, the Dublin Midlands Hospital Group and HSE.

In recent years, the hospital has introduced several new initiatives which have utilised technology to improve the patient experience and their outcomes. These have included ‘Lucy’ a remote-controlled robot which connects patients and doctors remotely, the TRASNA telemedicine system which also connects stroke patients and their families remotely with senior stroke physicians or PillCam, a minimally invasive video recording technology, swallowed as a pill by patient, to investigate potential disorders of the small intestine.

Commenting on the launch of the app, Director of ICT at Tallaght Hospital, David Wall said, "Health services in Ireland and across the world are only beginning to scratch the surface in terms of the full potential for mobile healthcare to help treat patients more effectively into the future. Today’s launch is a modest but important first step on this journey. We are eager to build on the app’s capability into the future and are already exploring how we do this."

He added, "As this journey evolves, this app offers the potential to develop capabilities such as tracking patients’ conditions and overall health from their home or utilising location based services when they are within our hospital to ensure greater patient flow, particularly for those accessing outpatient care."

The app is free to use, available on both iOS and Android, and can be downloaded from the App store or Play store respectively. (Reuters)