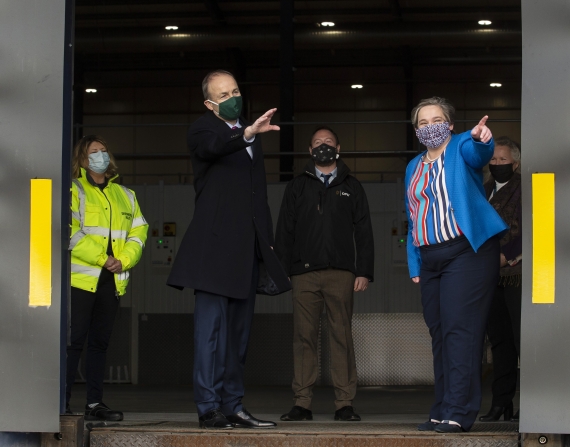 Taoiseach Micheal Martin said on Monday he hoped that the outline of a Brexit free trade deal will have emerged by the end of the week and urged unprepared smaller Irish exporters to get ready for change, whether there is a deal or no deal.

The European Union's Brexit negotiator said on Monday that big differences persisted but that both sides were pushing hard for a deal, as talks resumed.

Moves will have to be made on some of the key issues such as fisheries and the so-called "level playing field", Martin said.

But he added that he had got a sense of progress from both negotiating teams, and that a presentation last week from EU Commission President Ursula von der Leyen was probably one of the more hopeful to date.

"I would be hopeful that, by the end of this week, that we could see the outlines of a deal, but that remains to be seen. It is down to political will, both in the United Kingdom and I'm clear the political will is there from the European Union," Martin told reporters.

On a visit to Dublin port, Ireland's largest freight and passenger port, Martin said that, while 94% of Irish importers from the UK and 97% of exporters had completed the necessary customs paperwork to continue trading with Britain, he was worried by the take-up among some small and medium-sized firms.

"The one concern I'd have is maybe there is a complacency among some SMEs out there that everything will be OK and 'Sure if they get a deal, won't it be OK?'. It will be different, and you have to get that into your heads," Martin said.

"The world will change and it will not be as seamless as it once was ... The bottom line is you need to get ready. It is not too late, people just need to knuckle down now."  (Reuters)