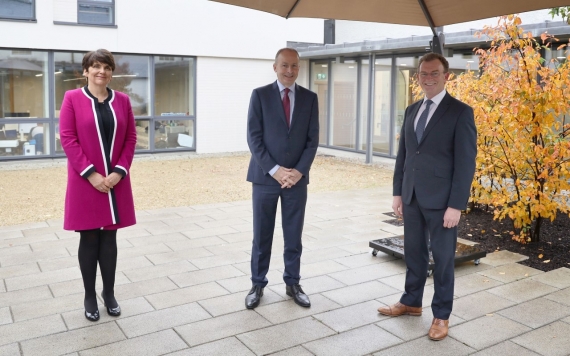 Taoiseach Micheál Martin yesterday officially opened a €6.7 million expansion of NovaUCD, the Centre for New Ventures and Entrepreneurs at University College Dublin (UCD), during a visit to the University.

The project involved the renovation and expansion of NovaUCD’s East Courtyard and has resulted in 800m2 of additional licensable space enabling NovaUCD to increase its capacity to house high-tech start-ups with global ambitions by over 50%. The new facility includes over 20 business units and laboratories and a new co-working space. NovaUCD can now support over 450 founders and their teams.

During a tour of the facility the Taoiseach received technology demonstrations from a number of start-ups already located in the new wing including, Equal1 Laboratories, Manna, Output Sports and PlasmaBound.

Since opening in 2003 NovaUCD has developed a range of comprehensive business support programmes, including accelerator programmes, and a peer-support ecosystem of experienced mentors, founders, alumni, investors and sponsors, that nurtures an enthusiastic and dynamic community of talented entrepreneurs at NovaUCD and across the UCD campus.

NovaUCD has to date supported over 400 companies and early-stage ventures including companies such as BiancaMed, Carrick Therapeutics, Corlytics, Equinome, Life Scientific, Logentries, MagGrow, NovoGrid, OncoMark, OxyMem, Supernode, Terra Solar and Vivid Edge. NovaUCD supported companies have to date raised over €775 million in equity funding and employ thousands of people directly and indirectly between them.

Speaking yesterday, Taoiseach Micheál Martin said, "With NovaUCD’s strong track record, and now with its significant increase in capacity, I am sure it will continue to flourish in the future as it continues to assist entrepreneurs who want to locate at NovaUCD and leverage its excellent facilities, accelerator programmes, expertise and network to help them to grow and scale their start-ups on the global stage."

UCD Vice-President for Research, Innovation and Impact, Professor Orla Feely added, "Since 2003 NovaUCD has supported over 400 companies and early-stage ventures and by investing in the expansion of NovaUCD’s East Courtyard we are substantially increasing our capacity to support the development and scaling of high-tech start-ups in line with Shaping the Future, UCD’s Strategy for Research, Innovation and Impact." 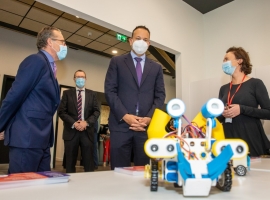