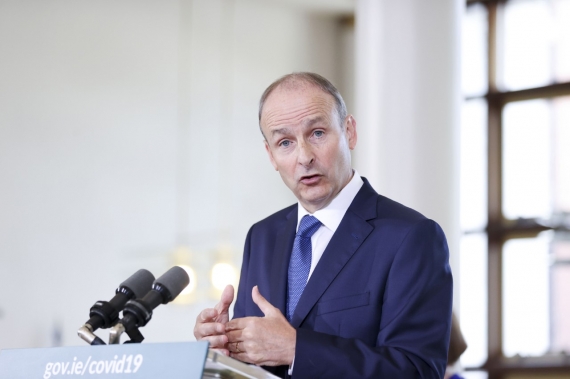 Britain and the European Union are "on the precipice" of a collapse in trade talks, with chances of a deal around 50%, Taoiseach Micheal Martin told parliament on Wednesday.

"At the moment we are on the precipice of a no-deal," Martin said. "It remains to be seen how the principals - Prime Minister Boris Johnson and President of Commission Ursula von der Leyen - can rescue the situation in their talks this evening." (Reuters)