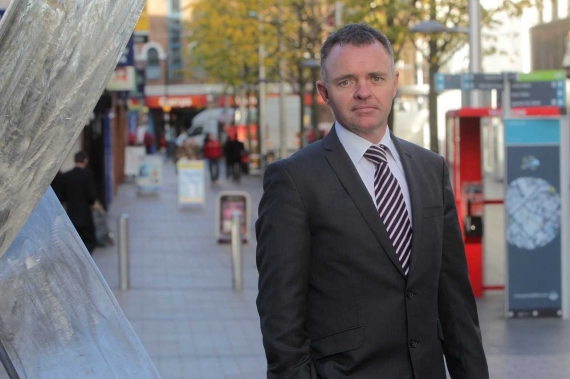 Take-up by technology, digital and media occupiers has dominated the office market within Northern Ireland throughout the first quarter of 2018. This is according to a new report by commercial property agents, Lisney.

The data shows that these companies accounted for 70% of office take-up, equating to 189,917 sq. ft. of the quarter’s record breaking 270,310 sq. ft. take-up. The investment market transacted just over £10 million and whilst this follows the trend of previous years with subdued levels of activity at the start of the year, this is a significant uplift on the first quarter 2017 when £8 million was transacted.

270,310 sq. ft. is the highest quarterly office take-up on record with technology, digital and media sectors the dominant force accounting for 70%. Headline rents per sq. ft. also show a steady increase. Just over £10 million of investment transactions were recorded with the largest deal of the quarter being the sale of Meadowlane Shopping Centre in Magherafelt

Approximately £70 million of investment opportunities are on the market at present including Longwood Retail Park and Kilroot Business Park. The report says that despite the retail market being plagued by poor trading reports, Northern Ireland has enjoyed a steady flow of new retail openings and deals agreed in the first quarter 2018 including B&M, The Range and Patisserie Valerie.

Managing Director of Lisney Northern Ireland, Declan Flynn said, "The emergence of the technology and digital sectors has been a hugely prominent factor in driving office take-up rates which is really positive for the Belfast market. Interestingly, we have already seen Republic of Ireland based companies acquiring space in the city centre and would anticipate more of the same as companies seek to offset the effects of Brexit. However, we do foresee potential supply constraints later in the year which will place greater emphasis on redevelopment and refurbishment. Refurbishments already underway include Belfast’s Chichester House and Moneda House which will bolster supply within the sub 10,000 sq. ft. floor plate range."

He added, "Whilst the political stalemate and uncertainty regarding Brexit have undoubtedly been unhelpful, levels of occupier activity in the office and industrial sectors are encouraging and we can expect volumes to increase later in the year as more product comes to market and transacts. Investors from the Republic of Ireland will continue to look to Northern Ireland for opportunities and low interest rates coupled with inflationary pressures will push more local high net worth individuals to consider property investment."