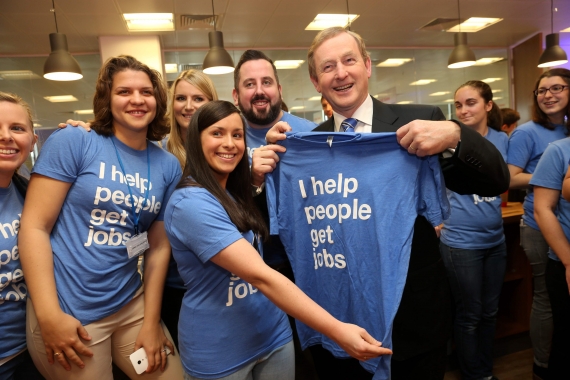 Job searches out of the US to Ireland surged to almost three times their usual volumes in the immediate aftermath of Donald Trump’s election victory and remain elevated.

This is according to new data from jobs website, Indeed.com. Ireland joined Canada and New Zealand amongst the top three countries attracting interest from people in the US reconsidering their plans after the election result.

Another large English-speaking economy, the United Kingdom was outside of the Top 5. As the fallout from the Brexit vote continues, this may indicate increased uncertainty about that market among job seekers.

The data shows that the peak day for foreign job searches was Wednesday 9th November, the day after the election, running at double the normal rate. The trend cut across various societal groups: both college graduates and those without a college degree, as well as millennials and Generation Xers.

The increase however was greater in counties that favoured Clinton over Trump. Among large metropolitan areas that typically have a high share of foreign job searches, the post-election surge was biggest in Durham, N.C., Austin, Texas and Seattle— all left-leaning, highly educated urban centres.

Furthermore, on election night, the starkest reaction was the surge of interest in jobs in Canada, the United States’ northern neighbour. In the hour that the election was called for Trump, searches on Indeed for jobs in Canada rose to more than ten times the normal level for that time of day.

EMEA Economist with Indeed, Mariano Mamertino said, "Our data shows that a highly charged and competitive election campaign, followed by a widely unexpected result led to an immediate and sharp spike in overseas job searches by Americans."

He added, "Much had been made in the media during the election campaign of the potential for such an outflow of labour in the event of a Trump victory, but it remains to be seen whether these job searches will translate into a movement of workers."