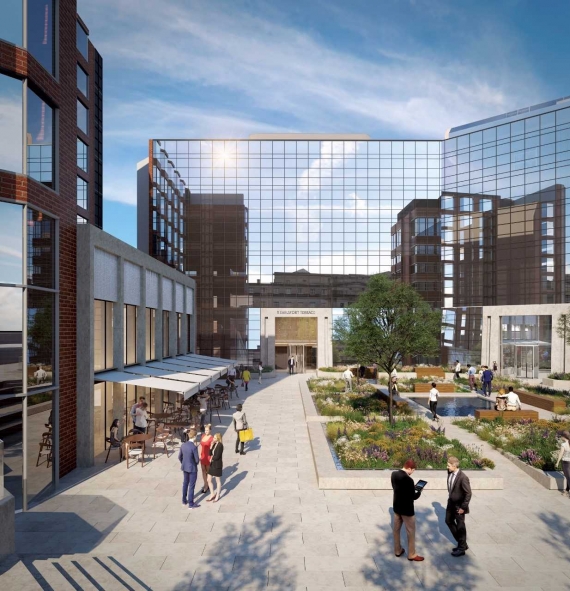 With the exception of the retail sector, CBRE say that prime yields in the Irish market remain stable at the mid-year point, and, in some cases, have potential to harden further during the second half of the year. The months of July and August will now be focussed on completing transactions which are currently in negotiations/legals before the traditional Autumn selling season kicks off in earnest in September.

CBRE say transactional activity in the investment sector will be heavily skewed towards H2 in 2019 with the completion of several ongoing investment transactions having now carried over into the second half of the year. Some assets in the Irish investment market are now being acquired by Asian investors and these transactions typically take longer to syndicate, fund and ultimately complete.

Prime yields in the Irish market remain stable at the mid-year point, and, in some cases, have potential to harden further, particularly when recent Government bond rate movements and guidance on interest rate trajectories are taken into consideration. The one exception is the retail sector where some further yield softening has been experienced over recent months in line with the trend being experienced in other European markets. CBRE say the softening in retail yields has unearthed several new opportunistic bidders who are specifically seeking higher-yielding retail investment opportunities, particularly those that offer stable income streams. Debt terms are relatively competitive at present, which is proving hugely supportive of the sector.

The report shows that activity in Dublin’s office occupier market remains robust at the mid-year point. This was helped by a strong 3.7% year-on-year increase in job creation achieved in the Irish economy in the first quarter 2019 (much of which comprised office-based employment). That said, second quarter take-up in the capital is expected to be somewhat lower than the volume achieved in the first quarter of the year by virtue of the fact that a number of transactions hadn’t closed by June 30th and will now carry over into the third quarter as a result.

Activity in the Build-to-Rent (BTR) sector in Ireland increased further over recent months with considerable off-market activity underway in this sector at present. With very little existing BTR product available to purchase, most transactions (both single asset and portfolio trades) are forward-commit structures although forward funding will become a feature of the Irish market in the second half of 2019.

CBRE say that developers intending to create institutionally acceptable Build-to-Rent product need to invest in detailed research at the earliest possible stage of the design process to ensure that schemes are not only viable but also specifically tailored to the local demographic and contain the correct mix of amenities for that catchment area and target market. In addition, CBRE believe the construction pack needs to be of the highest quality with appropriate warranties in place from the outset for both contractors and design teams in order to attract capital and achieve superior pricing.