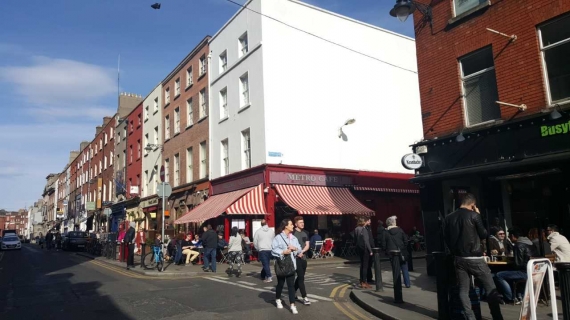 Dublin Chamber has today released its most recent Business Outlook Survey for the first quarter of 2022. The survey was conducted among a sample of 316 firms from across the Greater Dublin Area. Nine in ten Dublin businesses (89%) have seen a rise in non-wage business costs over the past 12 months. Just under two thirds of these (60%) identified energy prices as the main driver of this increase.

The impact of increasing costs can be seen in the divergence between revenue and profit expectations over the next quarter. Over the next three months, 65% of firms expect that their company’s revenue will increase while only 46% expect profits to rise, implying a decline in margins and expanding costs

‘Attracting, retaining and upskilling staff’ was chosen as a key priority for 2022 by more than three in four Dublin businesses (78%), reaffirming widespread reports of skill shortages and retention difficulties. However, when asked how they expected their company’s staff numbers to change over the next three months, most respondents (62%) had a positive outlook, expecting staff numbers to increase.

Commenting on the monitor, Dublin Chamber’s Director of Public & International Affairs, Aebhric Mc Gibney said, "Over half of Dublin businesses (55%) now report that managing the cost of doing business is their top priority for 2022. Decades of poor housing supply in Dublin have exacerbated an already tight labour market. Many firms face double and even triple digit increases in energy prices. As a result, companies are looking to implement energy saving measures, which would have been unviable a few short months ago."

He added, "The increase in business costs and particularly energy prices pose a serious challenge that will need to be tackled as the year progresses. Dublin Chamber proposes that to alleviate rising costs and accelerate towards a sustainable economy, a ‘Going Green’ tax credit should be adopted, modelled on the R&D tax credit, to stimulate green investment."