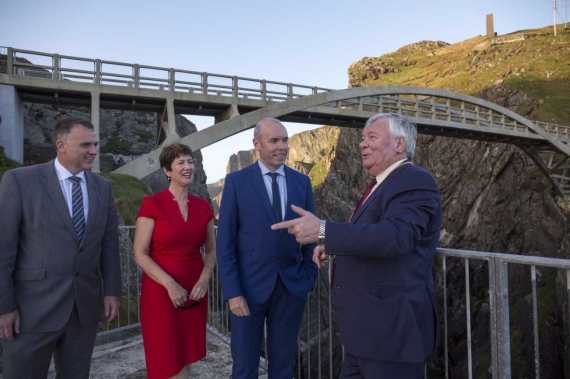 Bridge to MassChallenge Cork will present an opportunity to early stage start-ups with potential to scale and to connect with a global support system. It is an international start-up competition that identifies and accelerates the top start-ups in the region and connects those start-ups to the global market through MassChallenge’s global network.

All twenty successful applicants will benefit from significant international mentoring and networking opportunities. Applications will open on Monday 20th November. These will be evaluated by a panel of MassChallenge experts who will select twenty ambitious start-ups in the Life Sciences, Medical Technology and/or Digital Health Sector. These start-ups should have plans to scale up and connect internationally and will be offered the opportunity to participate in a week-long Cork boot camp commencing in February 2018.

This boot camp will conclude with an intensive competition to determine the top ten start-ups to emerge from the Cork boot camp, as selected by this process. These ten will then advance to a one-week all expenses paid intensive boot camp in Boston, in April 2018. From this, the top two companies will be selected to go forward to second round judging for one of MassChallenge’s international accelerators.

Commenting on the initiative, Mayor of County Cork, Declan Hurley said, "This strategic partnership will promote our Region as a global entrepreneurial hub and leader of innovation in this space, and the initiative  dovetails with the long and successful track record our Region has earned as a leading-edge, global cluster for pharma, biotech and med-tech companies."

He added, "This initiative also further builds upon the region’s well-established business, tourism and political links with Boston and the East coast of the United States. Cork County Council now looks forward to an exciting and wholesome engagement from start-ups and stakeholders alike with Bridge to MassChallenge Cork over the next 12 months."