Home > General > Giving back to the community: How do online gambling companies do it? 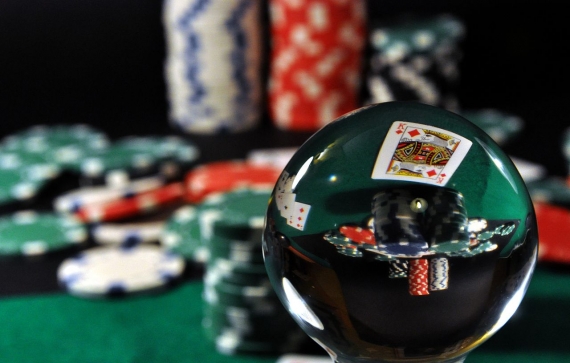 In recent years, online casino companies have been turning their attention to giving back to the community. While online gambling has often been associated with negative connotations, such as addiction and problem gambling, these companies are working to change that perception. One way they are doing this is by partnering with charities and giving back to causes that matter to their customers.

Gambling has always been considered a phenomenon that has a detrimental impact on society since it frequently leads to bad behavior. The international practice has however demonstrated that gaming may also benefit society. How? Well, it has been shown that gambling has helped raise significant quantities of money for charitable causes. Let’s examine the facts

A White Paper reflecting on proposals to establish a national lottery in the UK to benefit charitable groups was published by the UK government in March 1992. This study evaluated the lottery's possibilities in light of other nations' experiences, explained how contemporary lotteries operated, described management options, and predicted the amount of money the lottery could raise.

The National Lottery Commission, which was also created in 1994, regulates the National Lottery, which is currently run by Camelot Group, which received a license in the same year. The fact that all rewards are paid out in one lump sum and are tax-free is intriguing.

Percentage of money donated to charity

50% of the proceeds are given out as prizes, 28% go to a fund for charitable purposes, 12% are paid as taxes to the government, 5% are given to retailers, 5% are given to the operator Camelot, and 4.5% are used to pay running expenses. Profit is the remaining 0.5%. In other words, 28% is donated to charitable causes for every pound spent on lottery games such as EuroMillions, Lotto, Lotto Hotpicks, and Thunderball. This fund also receives the proceeds from the so-called "not discovered" winners. The winner has a 6-month window in which to request their winnings; if they do not, the money will be assigned to the fund.

The good causes of poker players

It should be noted that numerous gaming companies frequently take part in different social programs and are progressively practicing responsible gaming. To create room for another intriguing trend—poker players giving money to charities—we have decided not to cover their efforts in this piece. Swedish poker player Martin Jacobson is best known for taking home a stunning $10 million in the 2014 WSOP Main Event. The player is ranked first on his country's All-Time Money List and has a bankroll from live event victories of more than $16.35 million.

It was revealed in February 2015 that the player had given the nonprofit Raising for Effective Giving REG a donation of $250,000. To "make a difference in the world using a scientific and rational decision-making process, to find the most effective interventions," the organization, founded among others by Liv Boeree, Philipp Gruissem, and Igor Kurganov, seeks to mobilize poker players who engage in charitable activities.

The REG patch on Jacobson's left arm was evident to everybody who watched the 2014 WSOP Main Event. The Swede has chosen to donate 5% of all of his net earnings, according to the organization's Facebook page. Jacobson told Raising for Effective Giving, "The sum I donated does not have a huge influence on my life, but knowing that it can help save other lives, I didn't think twice."

Dan Smith, a US poker pro who has won more than $17.2 million in live event prizes, is another recent example of a poker player with a good heart. The player revealed earlier this year that he had started a charity in November and had already raised $1.7 million, which would be donated to several organizations, including the GiveDirectly company and the Against Malaria Foundation.

These are all wonderful examples that we should give more to receive. Good deeds are always appreciated by everyone. We can conclude that gambling, although it is considered a sin in many countries, can surely be used to raise money for good purposes. The actual issue isn't whether there are people who want to take part since, as the aforementioned examples show, there are plenty of people who have that desire.

Instead, we consider whether there is sufficient control over how the funds will be handled, as this is something that everyone interested in donating to a charity cause wants to know about.