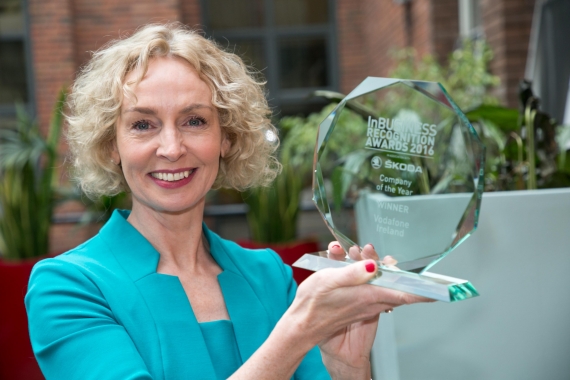 Hundreds of guests from across the country converged at the Conrad Hotel, Dublin yesterday to celebrate Irish business by recognising their outstanding achievements in their chosen fields.

Winners of the InBUSINESS Recognition Awards were chosen across 22 categories based on the broad criteria of growth, profile of business, range of services and customer care

Hosted by Newstalk’s Vincent Wall, the awards were run in association with Skoda and each winner had the unique  opportunity to address the audience to give some further insights to their business as they received their award.

Dublin Port was named ‘Best in Tourism’ with Shannon Group being presented with the award for ‘Best Brand’.

Speaking at the awards, Brand Director at ŠKODA Ireland, John Donegan said, "On behalf of myself and everybody at ŠKODA Ireland I would like to congratulate, not only the 22 category winners but also all nominees here today. When I look at the prestigious nominee list I can relate to many of them. Over the last number of years the ŠKODA brand in Ireland has persevered and grown through the most difficult of business environments."

He added, "Ten years ago it was unthinkable that ŠKODA would be on the cusp of breaking into the top-five bestselling car brands in Ireland but this has become possible through Innovation, investment, recruitment, hard work and determination. We will continue to grow in 2017 with some outstanding new products arriving, supported by excellent financial products, and we wish equalled success to all those in business here in Ireland in 2017 also."