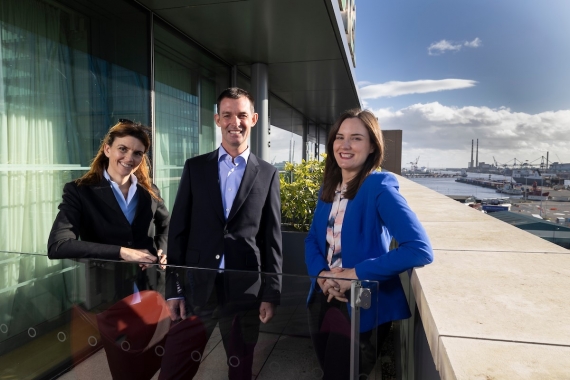 Irish firm Davis Events Agency today announced it will open a base in the city of Austin, Texas. The multi-award winning agency has established a reputation for delivering virtual and live shows, conferences, cultural experiences and corporate events for some of the world’s leading companies from its Dublin headquarters since 2013. It currently employs twelve people and has an annual turnover of €6m.

In Ireland, Davis Events has worked with global brands and corporate clients to stage hundreds of internal events and has also produced high profile occasions like Culture Night and Ireland’s New Year’s Festivals. The company has clients in the UK, France, China and Canada, however its American business has grown more quickly than any other market.

Much of Davis Events’ initial US-based work came through recommendations from Irish branches of large IT and pharmaceutical corporations. CEO Paul Davis also believes that although the first two years of the pandemic were a very difficult time, being able to work virtually created a level playing field. Paul is aiming to grow the company’s US presence to five people over the next six months, while members of the team will also continue to travel from Ireland to support their Austin-based colleagues.

Commenting on the expansion, CEO Paul Davis says, "I’m thrilled to be able to announce this news, which has come about thanks to a lot of hard work from everyone on the team. Austin is rapidly gaining a reputation as a major tech hub, with one district earning the nickname the Silicon Hills, so it’s an exciting time to be there. Since we began working on events in the US, we’ve received excellent feedback from our clients and it’s reassured us that this is the right time and Austin is the right place for us to open a US office."