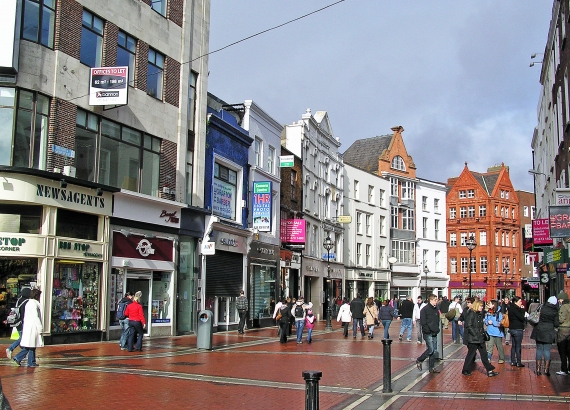 Irish consumer sentiment fell in July after Britain's vote to leave the European Union, posting its second lowest reading of the year in a survey on Wednesday.

The authors warned that worse may be to come.

Ireland is widely considered to have more to lose from Brexit than other European Union economies and a survey of Irish manufacturers fell to its lowest level in more than three years in July. British consumer morale suffered its sharpest drop in more than 26 years in July.

While Ireland's KBC Bank Ireland/ESRI Consumer Sentiment Index fell to 99.6 in July from 103.4 in June, it remained above the 98.1 level seen in May.

"The relatively limited drop in the sentiment index is probably a better outcome than might have been feared," KBC chief economist Austin Hughes said.

"It appears that Irish consumers envisage a forceful negative Brexit impact on Irish economic prospects but the July survey suggests that such effects might be significantly offset by the current momentum in domestic demand," he said.

Ireland's economy has grown faster than any other in Europe for the last three years and is expected to do so again in 2016, with a 4.9 percent expansion forecast.

The government has cut its forecast for 2017 to around 3.4 percent from 3.9 percent, however, and warned that worse could be ahead if Britain strikes an unfavourable post-Brexit deal with the EU.

The survey showed expectations for the Irish economy weakening to their lowest level since November 2013 with the number of consumers expecting the Irish economy to strengthen in the next 12 months falling from 55 percent to 41 percent.

But perceptions of the buying climate improved sharply and there was a marginal improvement in perceptions of consumers' personal financial situations compared to 12 months ago.

The authors warned, however, that the weaker macroeconomic conditions were likely to ultimately influence spending patterns.

"While we understand why it happened, the apparent disconnect in the July sentiment survey between a marked downgrading of the general economic outlook and an improvement in the buying climate is unlikely to be sustained," Hughes said. (Reuters)