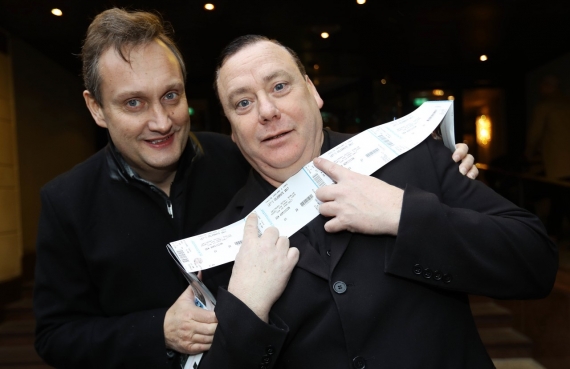 A major new report has found that live entertainment events in Ireland - music, arts, theatre and comedy, generated a massive €1.7 billion of additional revenue over a 12 month period supporting employment for nearly 11,500 people.

The figures are revealed in ‘Let’s Celebrate 2017 The Cultural and Economic Contribution of Live Entertainment Events in Ireland.’ The report, the first time a detailed study has been carried out into the industry in Ireland, was undertaken by well-known industry figure, Justin Green, with economic research conducted by London based international firm, BOP Consulting.

The research shows the huge income came from over 4 million people attending live events – including nearly 300,000 overseas visitors to the Island of Ireland.  In all, live entertainment events were responsible for 3.7 million bed nights in hotels and guesthouses, the  equivalent of over 54 “Sold Out” All-Ireland Finals at Croke Park.

The research shows a total of €669 million in additional gross revenue value was produced by the event goers, while for every €1 spent on a ticket, an additional €6.06 of revenue was generated within the economy.

In an introduction to the report, Dean & Chair of Business Studies at Trinity College Dublin, Professor Andrew Burke said, "Using a very comprehensive and robust dataset, this study highlights the turnover of these industries, the number of jobs created as well as the spill-over effects on the rest of the economy. Live performance is clearly shown to be a valuable business sector."