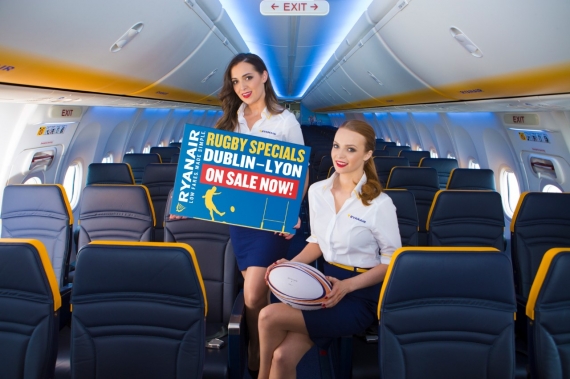 It was announced today that Ryanair has launched special return flights between Dublin and Lyon for Leinster’s European Rugby Champions Cup Semi-Final against Clermont Auvergne following huge demand from fans.

Ryanair’s rugby specials will depart from Dublin on Saturday 22nd April at 07:10hrs and return from Lyon on Sunday 23rd April at 22:00hrs.