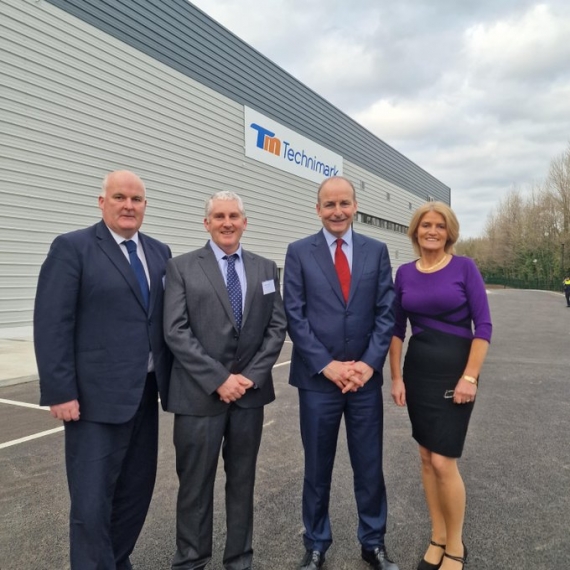 Technimark announced this month that it will create 80 new highly skilled roles over the next two years as it expands its operations in Longford, with a 50,000-square-foot addition, doubling the size of its existing plant. Technimark will be investing €26 million to expand the facility's capacity in medical manufacturing, including precision injection molding, value-added assembly, finished device assembly and contract manufacturing.

In addition to Ireland’s expansion, Technimark recently acquired a 204,000-square-foot medical facility adjacent to its U.S. headquarters and has major expansions underway at facilities in the United Kingdom, Germany and China to support growth in the medical market. The expansion will include Technimark’s first European Innovation Center. The center will incorporate office space to house designers and engineers as well as a complete production lab to perform prototype manufacturing.

Technimark Ireland currently has a number of open positions for process & quality engineers, tool makers and operations staff and will begin recruitment for the new jobs soon. In addition to highly competitive pay and benefits, the company offers employees a range of pathways to advance their careers, including Technimark University, a comprehensive in-house training program.

Speaking last week, Taoiseach Micheál Martin said, "It is a great pleasure to visit Technimark in Longford today as they announce a major investment and the creation of up to 80 jobs. This is an important day for Technimark, Longford and the wider region, and testament to the continued attractiveness of Ireland as a place where businesses of all sizes can flourish and thrive."