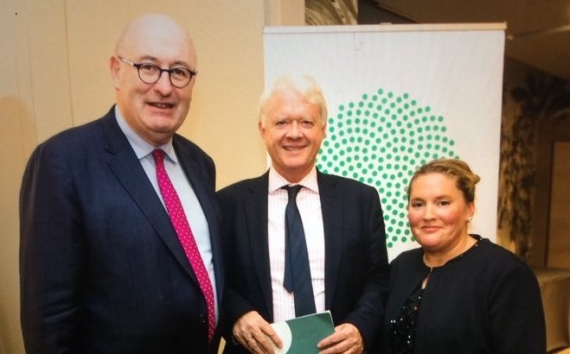 Since its foundation in 1994, BPCI has overseen strong growth in the industry with Ireland’s exports from the sector increasing from €6 billion to €73 billion in 2018. In addition, employment increased during the period from 18,000 to over 30,000.

The BPCI believe that Ireland is regarded internationally as being one of the industry’s most important manufacturing locations in the world.

Speaking at the launch today, BCPI Director, Matt Moran said, "The phenomenal growth of the sector in Ireland is no accident – it has been achieved by world class companies who continually focus on innovation and through delivering new and improved products to the market.  We have always tried to stay at the cutting edge including a campaign to encourage Government to focus on biotechnology in the mid-1990s. This has paid dividends and over the last decade alone, in excess of €10 billion euro has been invested by the industry in bio-manufacturing operations in Ireland."

Commissioner Hogan added, "Ireland’s remarkable success story in the Biopharmaceutical and Chemical Manufacturing sector is a superb example of a small country harnessing the favourable winds of global trade to benefit its economy and its citizens."