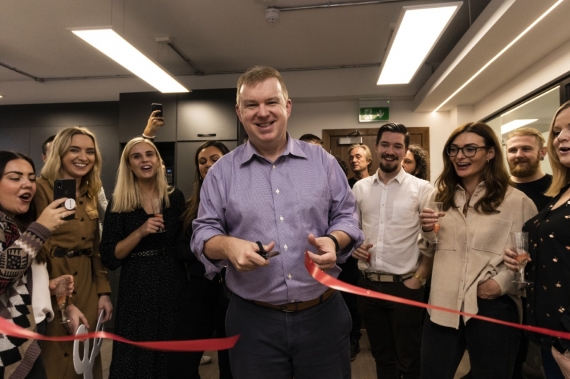 Smartlingâ today announced the opening of its new office in Dublin, which will play a central role in the company’s EMEA expansion plans.

The premier software and translation services company first opened its doors in Dublin in 2016 and has since grown its team to 18 members. Its new office, nearly double the size of its previous space in Dublin, is located at the intersection of Exchequer Street and Dame Court.

Current EMEA-based customers benefiting from Smartling’s presence in Europe include Bang & Olufsen, BMJ, Intercom, Monday.com and Vivino to mention a few. And in 2018, Smartling appointed Brian O’Reilly, a native to Ireland, as VP of Global Sales.

To commemorate the opening of Smartling’s new office in Dublin, the company will be hosting one of itsâGlobal Ready Bootcampâevents at The Alex Dublin on 24 October.

Speaking this week, Founder and CEO of Smartling, Jack Welde said, "As a global technology provider, we must have a global presence. With boots on the ground in Dublin, a global business and talent hub, we’re able to deliver a more tailored customer experience, with a deeper understanding of our EMEA customers’ localisation needs."